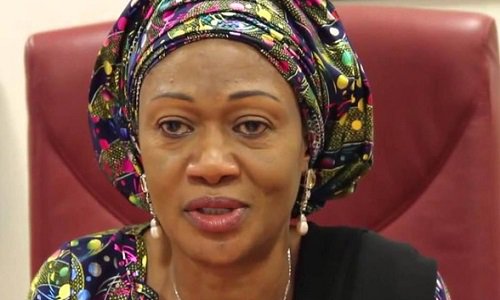 A cross-section of Nigerians today criticised Senator Remi Tinubu, wife of the leader of the All Progressive Congress, APC, Bola Ahmed, for chastising

US turns down Buhari’s request to relocate AFRICOM to Nigeria
China bars Nigerians, others from entry over Covid-19
Nigerian hackers steal over $100m from US government

A cross-section of Nigerians today criticised Senator Remi Tinubu, wife of the leader of the All Progressive Congress, APC, Bola Ahmed, for chastising her colleague, Senator Smart Adeyemi who raised pertinent questions about the growing insecurity in the country.

Tinubu who represents Lagos Central District, was also slammed for bringing party affiliations into insecurity, a national disaster consuming lives daily, even as they vowed that the female senator would never emerge as the First Lady in the country.

In recent weeks, the country has witnessed a spike in criminal activities, from Boko Haram insurgency to banditry and kidnapping. Sani Bello, Niger State governor, said on Monday that Boko Haram has hoisted its flag in Shiroro Local Government Area of the state.

Contributing to a motion on the situation, Adeyemi said the country is facing the worst instability since the civil war.

“This is the worst instability we are facing. In fact this is worse than the civil war,” he said.

But Tinubu interrupted him, asking: “Are you in PDP (Peoples Democratic Party)? Are you a wolf in sheep’s clothing?”

Adeyemi, however, ignored her comments and continued: “We cannot pretend that we are capable of handling the situation in our hands. America, as powerful as they are, when the pandemic came, it came to a point China came to their rescue.

“We shouldn’t pretend that we need foreign support now. Billions of naira has been voted for security services and nothing is coming out of it. I’m a party man and I’m supporting APC but it has gotten to a point that as supporters we cannot keep quiet.”

However, for interjecting with her rude remark, Nigerians slammed Tinubu with remarks such as,

“Remi Tinubu will never be a first lady in Nigeria,” a twitter user, @Ayemojubar said.

“Imagine if Remi Tinubu becomes first lady, omo, some of us will be chased away from planet earth. A tall horrible woman. A bigot. A cretin. Same woman that bashed Ndiigbo during the last election,” @afamdeluxo retorted.

“Remi Tinubu is not preparing to be first lady. She just doesn’t have sense. The name Nigeria will not even exist before 2023. Smart Adeyemi is already linking the information of everyone should go their separate ways. Nigeria will divide before 2023,” @funshographix, another twitter user said.

“Remi Tinubu wants to be First Lady at the expense of the drop of blood of innocent Nigerians. May that dream never come true,” quipped @theonly1acre.

Another commentator wrote, “And who voted for her husband to become president?? These people ehn, they don’t even know if Nigeria will exist in 2023 or if they will be alive and they are already fighting on who should be the First Lady……I am a Yoruba guy but I have always believed we the South-West contributed to the declining state of this country, all thanks to godfatherism we cherish so much.”