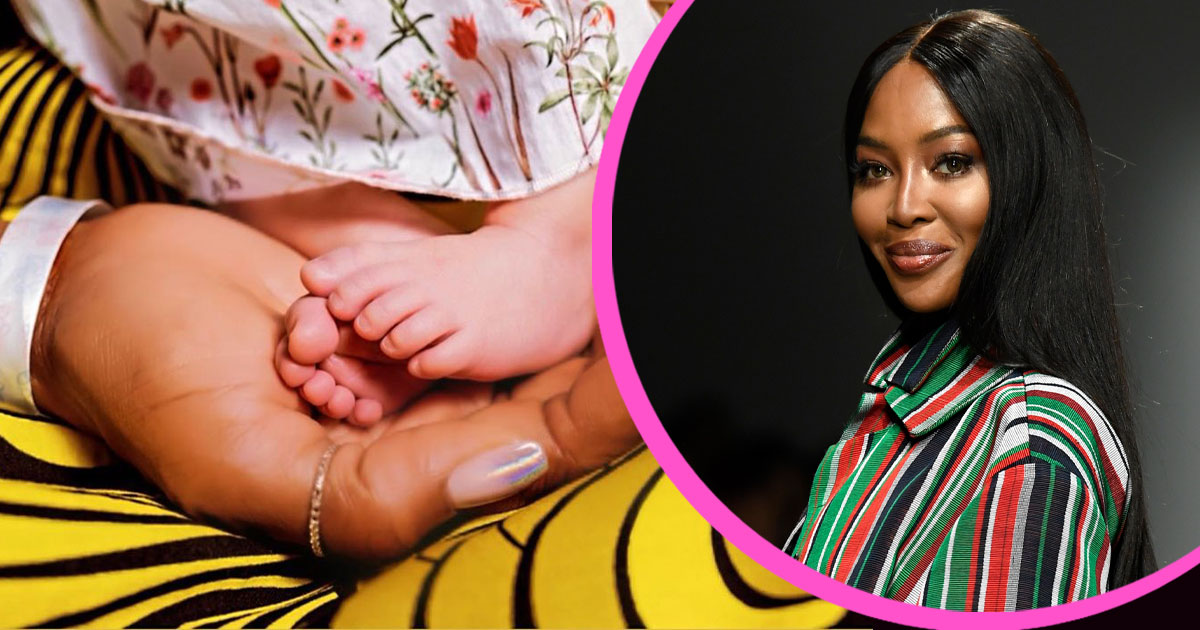 Super model, Naomi Campbell stunned her fans on Tuesday as she shared a picture cradling her newborn daughter on Instagram and announced she had n

Wizkid opens up on family, career, #endsars, says he was arrested and slapped many times by police (Video)
Naomi Campbell photographs herself for Essence 5Oth anniversary cover
Naomi Campbell At 50: Her 12 iconic moments in fashion

Super model, Naomi Campbell stunned her fans on Tuesday as she shared a picture cradling her newborn daughter on Instagram and announced she had never felt a ‘greater love’. This is coming about four years after crediting science with giving her the opportunity to start a family ‘whenever she wants.

Alongside a picture of her baby girl’s feet, she penned: “A beautiful little blessing has chosen me to be her mother.

“So honoured to have this gentle soul in my life there are no words to describe the lifelong bond that I now share with you my angel. There is no greater love.”

Naomi had tagged her own mother, Valerie Morris-Campbell in the image, who later reposted the snap captioned: “Congratulations to my daughter Naomi on the birth of her daughter, I’m beyond thrilled as I’ve waited a longtime to be grandmother.

The supermodel has spoken about motherhood in the past. In 2014, she told designer Diane von Furstenberg she “definitely” wanted children no matter what her relationship status would be in the future.

She later told ES Magazine in a rare interview in 2017 that she thought “about having children all the time”, adding: “But now with the way science is I think I can do it when I want.”

Campbell will celebrate her 51st birthday on 22 May.