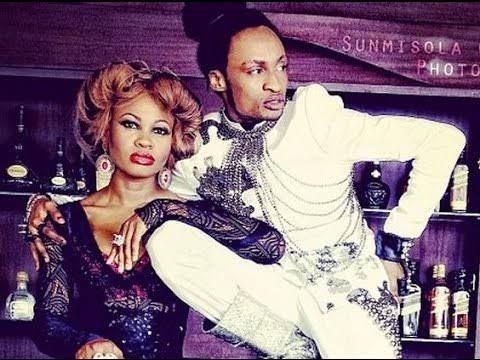 Denrele Edun, popular television host and crossdresser, has cleared the air regarding his relationship with the late Nigerian singer, Goldie Harvey, w

Denrele Edun, popular television host and crossdresser, has cleared the air regarding his relationship with the late Nigerian singer, Goldie Harvey, while she was married.

IvoryNG had reported that Denrele, in a recent interview had revealed that he had an intimate relationship with Goldie whole she was alive and despite being a married woman.

He received backlash from a cross section of Nigerians following this revelation for what some claim to be a disrespect to the family and memory of the late singer.

Some others felt he wanted to leverage on the revelation to revive his supposed ‘dead’ career.

However, clearing the air on his Instagram Stories, Denrele said his critics had misinterpreted his words, adding that “intimacy”, as he used it, did not mean sex.

Denrele added that it was the first time his friend, Goldie, had been talked about in a long while, noting that they would have had a good laugh about the controversy if she were alive.

“’Igboro’ na Street. We don enter trenches severally! Oh well, this is the first time in Years that people are talking about the late Goldie… We would have had a good laugh about this!” Denrele wrote.