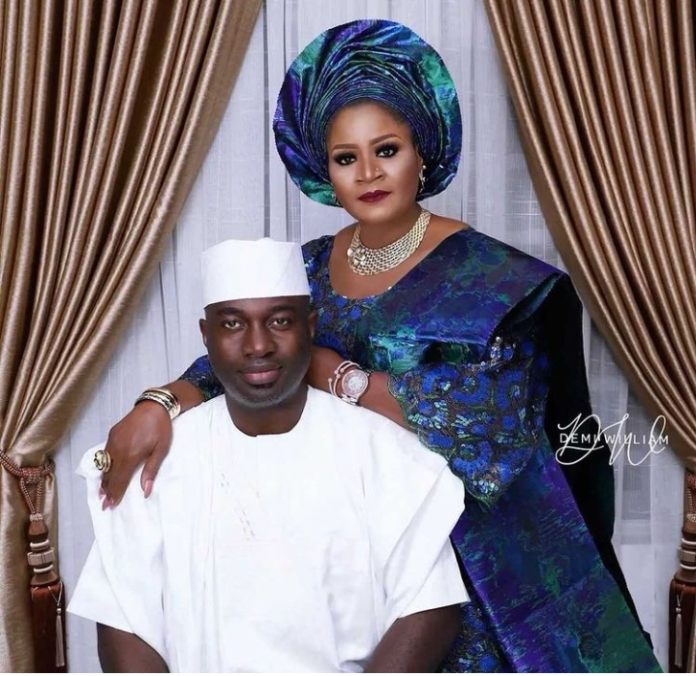 Her reaction is coming a day after businessman, Lanre Gentry, Mercy’s ex husband equally reacted to news of his ex wife’s unveiling of her new man as well as her updated marital status.

The two who have been together for a while now before they decided to go public with their relationship, have reportedly tied the knot.

Although Kazim has been married for more than 20 years to fashion designer, Funsho Adeoti, his religion allows him to have more than one, a major reason Mercy had to acquire a Muslim name, Minnah.

The union is happening five years after her marriage to Gentry crashed in 2017 on allegations of domestic violence on Gentry’s part and infidelity on her own part.

Gentry has however since remarried.

Ironically, Mercy and her ex husband, Gentry were family friends to Adeoti and his wife, Funsho.

Reacting to her husband’s new marital status, she put up a cryptic post on Facebook following comments from Nigerians, apparently in solidarity with her.

Funsho who runs a fashion designing outfit, Asiwaju Couture said, “Loosing someone who doesn’t appreciate or respect you is actually a gain not a loss.” 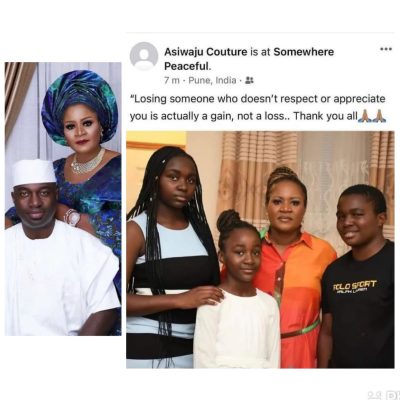 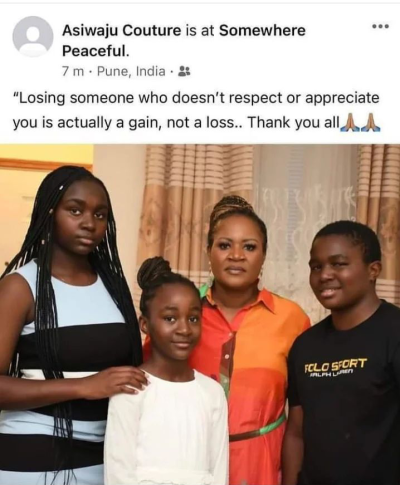