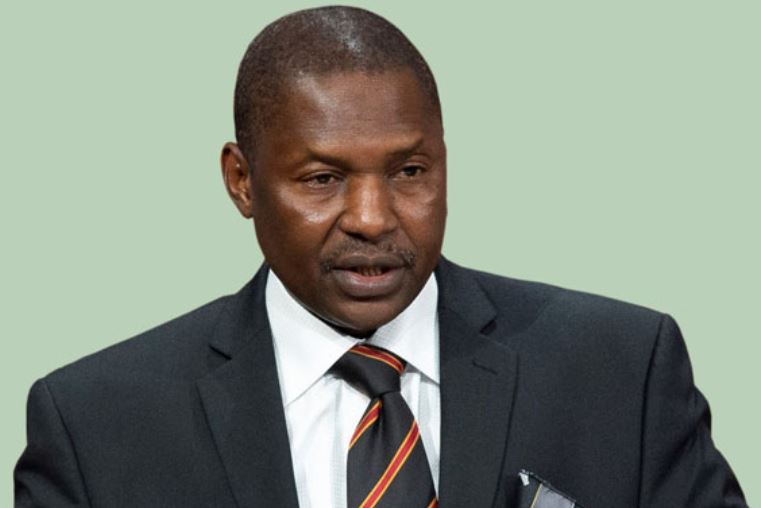 There are strong indications that the Attorney-General of the Federation and Minister of Justice, Abubakar Malami, SAN, may be plotting to save a form

There are strong indications that the Attorney-General of the Federation and Minister of Justice, Abubakar Malami, SAN, may be plotting to save a former Commander of the Police Intelligence Response Team, Abba Kyari, from facing criminal prosecution for alleged money laundering.

Weeks after directing the police to probe him for allegedly receiving 33 proceeds of crime, stating that a case of money laundering had been established against Kyari, the justice minister in a new legal advice said there was no evidence to show that money was laundered by the senior police officer.

Kyari, a Deputy Commissioner of Police, who is wanted in the United States for alleged involvement in a $1.1m scam carried out by a notorious Internet scammer, Ramon Abass, aka Hushpuppi, was suspended by the police last July.

He is also facing eight counts of conspiracy, obstruction and dealing in cocaine, and other related offences at the Federal High Court, Abuja.

The other defendants in the charge marked FHC/ABJ/57/2022 are four members of the IRT, Sunday Ubia, Bawa James, Simon Agirigba and John Nuhu.

Sequel to the report of the Special Investigation Panel which probed Kyari’s alleged links to Hushpuppi, the AGF affirmed in January that investigations carried out by the police indicted the former IRT commander for money laundering.

Malami in a legal advice, therefore, directed the Inspector-General of Police, Usman Baba, to carry out further investigations, noting that a prima facie case of money laundering had been established against the DCP.

He also said the force should intensify investigation into 33 crime proceeds received by the ex-IRT commander.

The AGF’s legal advice read in part, “That there exists prima facie case of conspiracy, collaboration, receipt, conversion, transfer and/or retention of proceeds of unlawful activities contrary to the provision of sections 15, 17 & 18 of the Money Laundering (Prohibition) Act, 2004 and Section 17 of the Economic and Financial Crimes Commission (Establishment) Act, Cap E, Laws of the Federation of Nigeria, 2004, against DCP Abba Kyari and other suspects in view of the overwhelming evidence showing the nature of his disguised financial transactions and activities with Abbas Hushpuppi, Efe Martins, Usman Ibrahim Waziri, Sikiru Adekoya, Hussaini Ala and Sharon Festus, who are all confirmed members of an international Internet fraud network.

“Although the facts and circumstances of this case as contained in the case file are suggestive to money laundering offences against DCP Abba Kyari and his accomplices namely: Abbas Hushpuppi, Efe Martins, Usman Ibrahim Waziri, Sikiru Adekoya, Hussaini Ala and Sharon Festus; to successfully prosecute them, there is a need for a more thorough dissecting and tracing of the suspected 33 proceeds of crime received by DCP Abba Kyari directly or indirectly through the said accomplices.”

However, Malami, in his latest advice contradicted his January directive that Kyari should be probed for money laundering and for receiving 33 proceeds of crime.

In a letter dated February 4, 2022, with reference number, DPPA/LA/814/21, the AGF sought to exonerate the embattled senior officer, saying there was no link between Kyari and the Hushpuppi gang.

According to the letter written on behalf of the AGF by the Director of Public Prosecutions, Ministry of Justice, Mohammed Abubakar, the evidence contained in the case diary “was not sufficient to indicate or show that the said monies (N279mn) were laundered directly or indirectly by Kyari to disguise their origin.”

In the new position of the attorney-general was contained in a letter titled, ‘Re: Forwarding of the investigation report of the Nigeria Police Force Special Investigation Team and request for legal advice with regards to allegations of criminal conspiracy, aiding and abetting Internet fraud, wire fraud, identity theft and money laundering against DCP Abba Kyari’.

“It is our view that the above response has not linked the suspect, DCP Abba Kyari, to the offence of money laundering as the evidence contained in the case diary is not sufficient to indicate or show that the said monies were laundered directly or indirectly by Kyari to disguise their origin, more so that the aforementioned recipients or receivers exonerated him in their statements as having nothing to do with the monies.”

The justice minister said the police might wish to explore their internal disciplinary measures against Kyari through the Police Service Commission for breaching the code of conduct for law enforcement officers by hobnobbing with suspected fraudsters and people of questionable means in his capacity as a senior officer and head of the IRT.

Malami also said Kyari could be sanctioned for violating the social media policy of the police by responding to the Federal Bureau of Investigation’s indictment on Facebook; breaching the Police Code of Professional Ethics by accepting complaints and acting on such without recourse to established protocol and detaining a suspect, Vincent Chibuzor, for over a month without a valid court order and regards to his fundamental human rights.