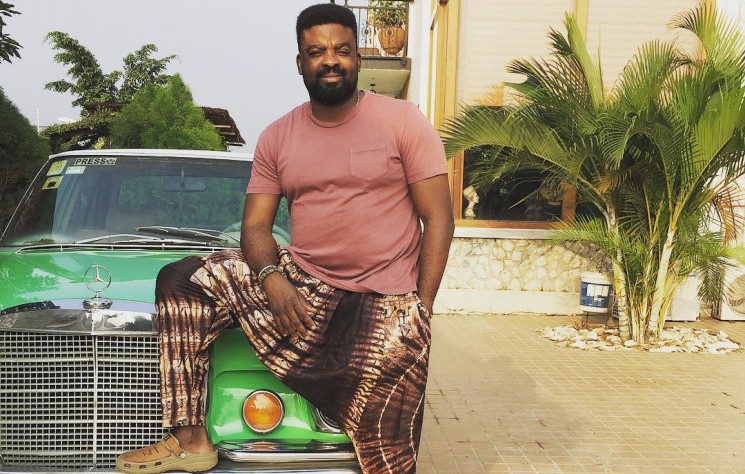 A former student of the Obafemi Awolowo University, Ile Ife, has written a pre-litigation letter to film producer and director, Kunle Afolayan, accusi

A former student of the Obafemi Awolowo University, Ile Ife, has written a pre-litigation letter to film producer and director, Kunle Afolayan, accusing him of profiting from her experience at the school by making it into a Netflix movie titled, ‘Citation’ and failing to give her credit.

The ex-student, Mrs. Utitofon Ekanem, who was Miss Utitofon Hanson at the time, said that she endured sexual harassment from an associate professor at the Political Science Department, Dr. Sunday Akindele between 2004 and 2007.

She said Akindele was subsequently dismissed by the school authorities while she was celebrated as the first student in the history of the school to get a lecturer dismissed for sexual harassment.

Ekanem, who is now a teacher, told Punch that after the release of a Nigerian movie titled, ‘October 1’, she reached out to the Afolayan, who was the director of the movie, and broached the idea of producing a movie about sexual harassments in higher institutions and told him about her experience.

She claimed Afolayan told her that he would ask someone to contact her the next day. However, no one ever did. The teacher said she was therefore surprised when in 2020, she stumbled on a movie titled, ‘Citation’ which was based on her experience and directed by Afolayan who she had discussed the idea with five years earlier.

Ekanem said, “This year, I started receiving calls from friends, telling me to watch a movie titled ‘Citation’ which was directed by Kunle Afolayan starring Temi Otedola. Temi Otedola, who was the victim of sexual harassment in the movie, was actually me in real life.”

She explained that the movie had only a few differences from her actual experience. The teacher said unlike in the movie, the lecturer who harassed her was neither a foreigner nor fluent in French.

The teacher stated, “The panel that was set up was taking place during school hours. The lecturer told the school that my allegations were false. The issue of students supporting and opposing me was the same as the movie. In the movie, someone gave the actress a letter and asked her to ensure that she wasn’t being used. That was my experience

“People were putting my posters all over the school over the issue. It also happened in the movie. In the movie, Joke Silva was giving support to the main actress through an NGO. I also had such a person. In the movie, it was established that the lecturer had sexually harassed women in his previous school. All that happened to me. The lecturer I had a problem with was a lecturer at a polytechnic in Ikire before coming to OAU.

“I got in touch with someone in Ikire who also confirmed that the lecturer harassed her. So, there are many similarities. At the end of the movie, when the main actress entered the class at the end, students were drumming on the table to praise her and were calling her name. That happened to me as well.”

It was learnt that Ekanem had written a letter to Kunle Afolayan threatening to go to court if he did not meet her demands. However, Afolayan had refused to respond to Ekanem’s letter.

But Afolayan said that Ekanem’s allegations were baseless, adding that he had never spoken to her before. Afolayan said the story was written by screenwriter, Tunde Babalola, and the entire script was conceived barely two years ago hence his decision to ignore Ekanem’s letter. He said she was free to go to court.

Kunle Afolayan said, “My office told me about the letter and I told them to ignore it. First of all, I have never heard her name before. Secondly, I didn’t write the script. If you see all the reports from ‘Citation’ the discussion on the movie started two years ago when Ford Foundation got involved. It was Tunde Babalola that wrote the script. I don’t know her. And she says she is going to court so let her go ahead. I am really not concerned.”