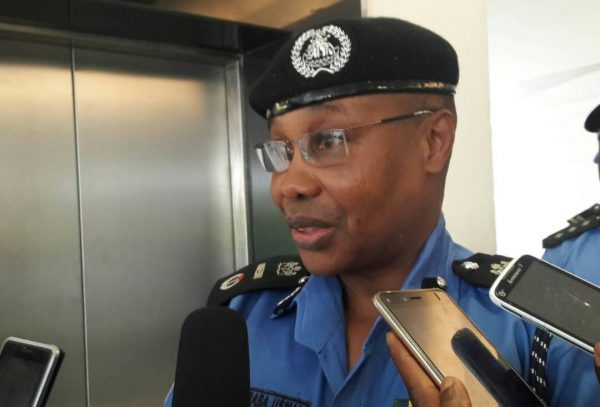 The incessant killings in Anambra State, has forced the Inspector-General of Police, IGP Usman Alkali Baba, to order the immediate posting of a new Co

Man arrested for stabbing woman, attempting to cut body part for ritual in Anambra
Obiano explains why he lifted lockdown
Meet Anambra female herbalist who claims to have anti-coronavirus plants

The incessant killings in Anambra State, has forced the Inspector-General of Police, IGP Usman Alkali Baba, to order the immediate posting of a new Commissioner of Police to the troubled state.

“The IGP, who is particularly concerned with the renewed incidents of attacks on innocent individuals and symbol of State Authority in the State, ordered the new Commissioner of Police to mobilize both kinetic and non-kinetic law enforcement and crime fighting approaches to reverse the negative trend, reclaim public spaces from hoodlums and restore public peace in the State.

Echeng, who until his recent posting, was the Commissioner of Police in-charge of Bayelsa State, holds a first degree in History from the University of Maiduguri. An experienced peace-builder, he received extensive training on global peace support operations at Mission Training Cell, Kielce, Poland, amongst other tactical and leadership courses.

“He has also served as a former Police Component Commander, Joint Task Force, Operation Delta Safe, Deputy Commissioner of Police in-charge of Zonal CID, Zone-13, Ukpo, Anambra State, amongst other key positions.”
The IGP has charged the new police chief to work with other stakeholders and patriotic forces in Anambra State to restore law and order leveraging on his professional level.
Metro 3486 Trending 8075 Anambra State 20 IGP 24