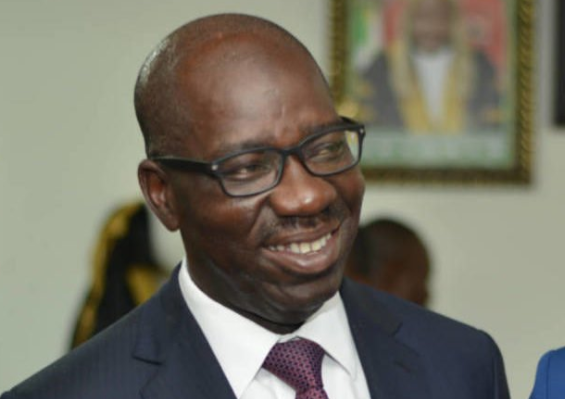 I regret not joining PDP before now – Obaseki

Edo State Governor, Godwin Obaseki, has said he regretted not joining the Peoples Democratic Party (PDP) long before he did. Ruing his about 13- year

Edo State Governor, Godwin Obaseki, has said he regretted not joining the Peoples Democratic Party (PDP) long before he did. Ruing his about 13- year sojourn in the All Progressives Congress (APC), the governor said he had come to realise the PDP stood for the values he so much cherished and lived for.

The governor said unlike the APC that pushed them out in the rain and storm at their hours of tribulation, the PDP cared so much for its members. Obaseki said: “It was only when we entered the house (PDP) that we realised that this was the house we should have been in the first instance.

“My deputy and I are very grateful to this great party. Like I said, you will never know what God has destined for you. In our hours of tribulation, when we were pushed out in the rains and storm from our political party, you came out with that huge umbrella to give us cover and shelter. I must thank members of the National Working Committee for the quality of governance, the quality of response that I have witnessed.

“That has enabled us achieve much in less than one week because of the responsiveness of the National Organising Secretary. They followed up on every issue and every document. When issues came up, the National Legal Adviser was there to respond to all our inquiries. The National Publicity Secretary checked on us every day”.

The governor told the PDP leaders the people of Edo state had assured him that they would always follow him to whichever political he chose to belong. Thanking the party leaders for allowing him to run with his deputy, Obaseki pledged to uphold the ideals of the PDP at all times and to submit to the directives of the leadership.

“I want to commit to you that we shall promote the ideals of this great party and you can always count on us. Whenever the National Working Committee calls on us, we will be there. We have no choice because from what I have seen from my brother governors in this party, what they have done and what they did for us in the party, revived my political career, I have never seen that level of commitment”, he said.