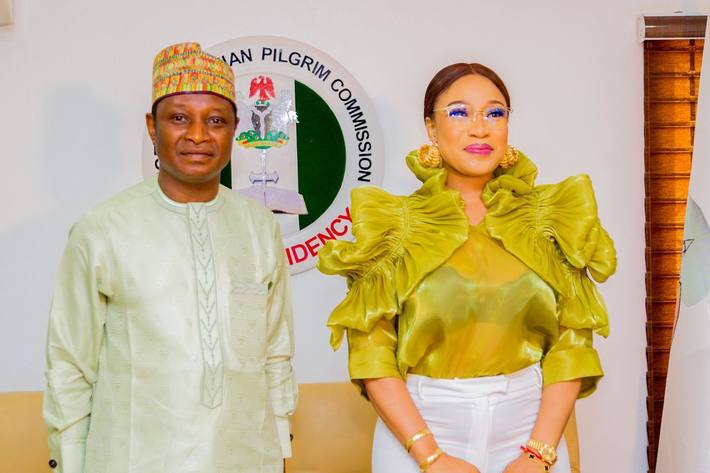 Actress, Tonto Dikeh has faulted the claims of the Nigeria Christian Pilgrim Commission, NCPC, that she lied about her appointment as an ambassador of

Actress, Tonto Dikeh has faulted the claims of the Nigeria Christian Pilgrim Commission, NCPC, that she lied about her appointment as an ambassador of the Christian body.

Dikeh said that there are video proofs that she was actually appointed an ambassador by NCPC.

The 35-year-old had announced on Friday that the Pilgrim commission had named her as its peace ambassador.

“I wish to announce my position as the new Ambassador of the Commission for Peace Building. Need your prayers as we embark on Peace building across the six (6) geopolitical Zones of the Nation because peace is indispensable,” she had claimed.

Her claim had sparked widespread criticism on social media with many Nigerian users lambasting the commission for the said appointment.

On Saturday morning, Yakubu Pam, the executive secretary of the NCPC, denied that the commission made the actress an ambassador of the commission.

He noted that while Tonto Dikeh paid a courtesy visit to his office in Abuja on Thursday and shared her willingness to work with the commission, there was nothing like the said appointment.

“However, I am suddenly inundated with claims from King Tonto Dikeh herself that she has been officially appointed as Ambassador of peace by this great commission. This claim has gone virile in the media.

“The commission frowns at this claim which is a clear misrepresentation of what transpired. The fact remains that I the executive secretary of NCPC never appointed King Tonto Dikeh as an ambassador of peace for NCPC and this was not part of her visit therefore this claim by her is spurious, unfounded and should be discarded and seen by all Nigerians as a figment of her imagination,” Pam said.

Following which Dikeh expressed her disappointment at the commission’s action, adding that she would make no further comment on the appointment.

“There are video proofs, but I would rather respect the commission’s decision and take the fall. Thanks to every Christian body that fought against this growth,” she wrote.

“Best believe that I will never lie on a human being talk more of a commission of a federation. I’ll only simply said this is life. We all know what can go wrong in one second. But we move.”

“Coming from a place of leadership and peace, I wouldn’t fight this. But I’ll walk away with my head head held high and grow above it. Thanks.”