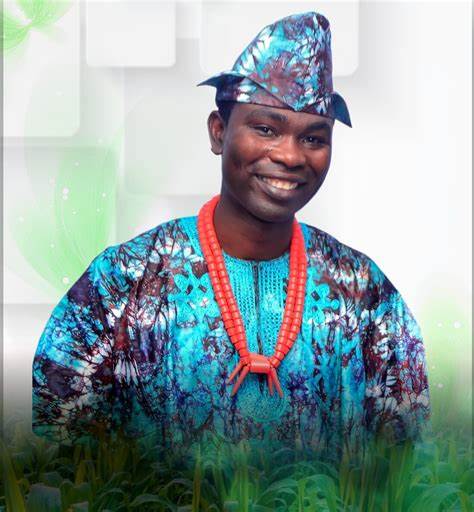 Socialite and founder of FarmKonnect Agribusiness Nigeria Limited, Oluwole Azeez Saheed, has been declared wanted by the Nigerian Police Force for inv

Socialite and founder of FarmKonnect Agribusiness Nigeria Limited, Oluwole Azeez Saheed, has been declared wanted by the Nigerian Police Force for investment fraud worth over N50 million. A special police gazette bulletin has put out following a warrant of arrest/bench warrant issued by the magistrate court of Lagos. He is wanted for the offence of criminal conspiracy, obtaining money by false pretence, fraud and stealing with social media space and medium advertising investment.

The notice to declare him wanted followed a petition by Chive GPS, a security intelligence company that tracks evasive, fraudulent debtors all over the world in a bid to recover funds, to place Saheed on Interpol global red notice for obtaining money by false pretence and investment fraud.

“We are retained by ‘our clients’ and on whose express instruction we write to lay a criminal complaint of a well-orchestrated theft, fraud, and obtaining money by false pretences against Oluwole Azeez Saheed herein referred to as Azeez, and for him to be placed on a red notice.

“Sometime in 2019, Azeez through FarmKonnect invaded the social media space and other medium advertising for investment and posed as investment mogul that can manage the public’s funds in various agricultural enterprise in exchange for fixed return at a predetermined rate and duration,” the petition read.

The statement further revealed that subscribers at different points transferred over fifty million to different bank accounts owned by Azeez with the expectation of fixed interest.

“Oblivious of the large-scale fraud ahead, our clients transferred, at various times the sum of Fifty Million Five Hundred Thousand Naira (N50,500,000) into the corporate accounts of FarmKonnect Agribusiness Nigeria Ltd. The proposed transaction was packaged and designed to yield fixed interests. However, upon expiration of the investment, the chief mastermind, Saheed stopped any form of communications with our clients and have since become evasive, switched off their phones and currently unreachable,” it added.

A few years ago, when Saheed floated FarmKonnect, many assumed it was a legitimate means to invest their hard-earned money, particularly because Saheed used his connection to get quite a number of prominent and respected personalities to endorse his investment scheme. Unfortunately, that wasn’t to be as FarmKonnect allegedly tied down investors’ capital by holding on to their funds even when the payment date long elapsed. But Farmkonnect at the time the delays began, explained it away, saying its business administration, operations, trade and communication are being handed over to third-party companies as part of its effort to restructure the business.

It added that the company will stop all profit accrual models and work towards refunding of all investments, within the shortest time possible whilst also noting that the CEO, that is Saheed will not be available on mobile phone and emails for the next 3 months on health reasons. But after being declared wanted, 49-year-old Saheed has denied he is on the run. According to his attorney, Ajibola Lawal Esq, FarmKonnect is still viable despite going through some business crises but that quite unlike other businesses that have gone south and down the drain, efforts are being made to revive and stabilize it.