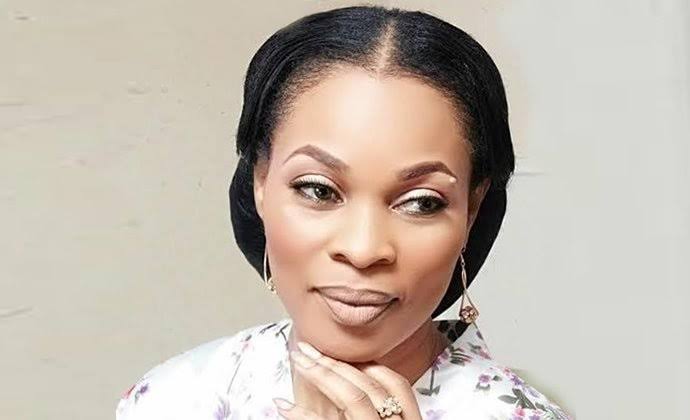 Georgina Onuoha, ex Nollywood  actress turned nurse, has reacted to the allegations that she had an affair with Apostle Johnson Suleman, the general o

Georgina Onuoha, ex Nollywood  actress turned nurse, has reacted to the allegations that she had an affair with Apostle Johnson Suleman, the general overseer of the Omega Fire Ministries International.

The cleric has been in the news after a report claimed he had an affair with several Nollywood actresses including Onuoha, Queen Nwokoye, Shan George Vivian Metchie and many others.

In a lengthy Instagram post, Onuoha who now resides in the US described the allegations as bullshit.

She said the claims against Suleman would not change her perception of him or make her deny his generosity towards her in the past.

The actress said the clergyman has helped her and several of her colleagues in the movie industry.

“In 2017, I Georgina Onuoha defended Apostle Suleman. When he was being accused. Not because I know the dealings of his private life, nope, because I know many of us in the movie industry are recipients of his generosity,” she wrote.

“Men, women, old and young alike. From comedians to musicians, actors and everything in between.

“Me Georgina included. I will not deny his help towards me or anyone who has been of help to me because some faceless cowards hiding behind keyboards are spewing bullshit.

“I wrote about it in 2017 myself on this page and wall. So, abeg what is the breaking news again?

“If you have issues with Apostle Suleman, please go and address it with him. Don’t drag people into your mess.

“To date, I am still thankful to him and I will never throw stones at him for whatever kind of relationship you chose to foster with him as an individual.

“For me, I will say thank you Pastor Suleman for the help you gave me and the people you sent to help me navigate issues I needed to seek out in life. God bless you.

“If what I just wrote vexes you, please go and hug a transformer or use the third mainland bridge. I do not owe you any apologies for the people I know or have associated with in life.

“If they wronged you, hold them accountable, don’t do that by dragging others down.

“It has taken a community of good people men and women to build this woman up after she was broken down.

“Not every man or woman who comes into your life wants to bed you. That is why how you present yourself matters a lot.”