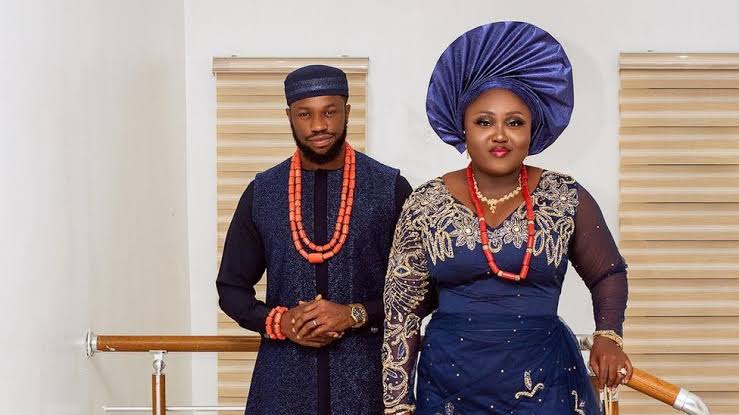 ‘Entertainers breaking up made me wonder about getting married,’ says Stan Nze

Nollywood actor, Stan Nze says failed marriages in entertainment circles made him question his readiness for marriage. In an interview with Ebuka O

In an interview with Ebuka Obi-Uchendu, spoke about his marriage to 42-year-old Blessing Jessica Obasi.

The 32 year old tied the knot with Blessing, who is also an actress, last September, at a time when many celebrity marriages were shaky.

In the interview, Stan Nze said he went off social media after unfolding events prompted him to question his readiness for marriage.

“I’ve always wanted my family to be private. My marriage was to be under wraps until my honeymoon but my wife insisted we post a photo so we control any narrative that may come out from the marriage. We’d been together for 3 and a half years,” he said.

“I want my marriage to work. A week before my marriage, I left social media. There was a lot of news on Instagram. Partners were fighting each other. I was literally palpitating, asking myself if I was ready for marriage.

“These were people I felt they were really in love, some even having dated for seven years. It was important that I married someone in the entertainment industry, whether radio, film, or movies. It’s a delicate industry.

“You need someone that really understands when you’re out late. When she’s out late, I understand and it’s not an issue. It’s not a struggle to be back by 1 am and have a partner who is wondering if there’s lipstick [stain] on you.”

Stan also recalled his early days in the movie industry and how he struggled to score a breakthrough role. The actor said he often auditioned about 200 times yearly but landed jobs in just about four of those projects.

We come into the industry and project our big break for two or three years time. You’re not sure when it’s going to happen. I’ve done films I thought would be my breakthrough but it comes out and no one talks about it,” he said.

“Some other ones you didn’t think would be so great end up doing well. It’s been a journey of being hopeful. Every project is important because it’s all cumulative to make the brand stand. Before UNIZIK, I knew I wanted to act.

“Do people make money from it? I wasn’t sure at the time if it was something you could do professionally. I thought actors were just having fun. I entered the school and joined a theatre group, Champions Theatre. It helped me.

“It gave me confidence and, after every performance, people would admire my acting. I started going for auditions. I lived in Lagos but was studying in Awka. It was hard to do projects in Lagos. No one tells you when they start.

“I’d always go to school and, when there’s a long vacation, I’d go for auditions. I’m in school someday and  I get called from Lagos for a set the next day. I lost jobs until my industrial training in 2009 when I got my first role.”

The actor said, before his breakthrough in 2015, a colleague told him that he looked as though he was suffering.

“I started getting recommendations. I got my first role but it was much harder breaking in fully. In my mind, I was talented but it didn’t happen like that. I had dry moments, years when no one said anything,” Stan said.

“You do 200 auditions in a year and get three or four of those jobs. And the cycle continues. 2015 was defining. It was the year I produced my first film. I got really juicy roles and people started taking me seriously.”

Stan revealed he launched a new production company that is now investing in scriptwriting and story development.

“I can deliver every role I’m given to the best of my knowledge. I’m very particular about the projects I take on. At a time, it was just about the money. Now, I’ve heard people insist they would watch anything I’m on,” he added.

“So I’m very particular about the projects I now take on, which is why I started producing. I just floated a new company, Love Story Studios. We tell only love stories. We’re working on a new film to be out this year.

“I’m particular about storytelling. Nollywood doesn’t have the capacity to blow skyscrapers and cars. We’re investing more in script writing. We will get into production really soon, hopefully by the end of the year.”