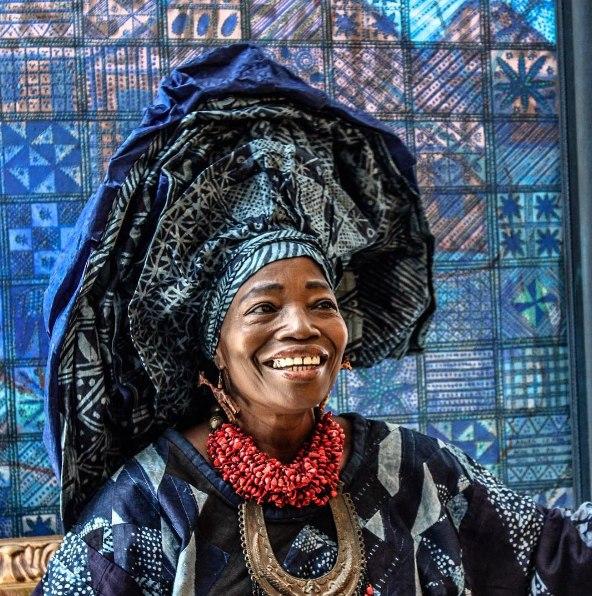 Award-winning cultural curator, Chief Mrs. Nike Okundaye has encouraged Nigerian youths to enhance their cultural crafts and skills with their various level of education. This statement was made at the Women’s Day edition of Yoruba Lakotun, the cultural renaissance show, which took place at Freedom Park in Lagos recently.

According to the renowned artist, “There are lots of opportunities for people who have an in-depth understanding of the cultural crafts and skills across the globe because the world is currently researching deeply into Africa. We need to start excavating our relegated art works which are currently in high demand in other continents”

“In the last 50 years that I have been practicing various creative skills such as painting, making of adire fabrics, stringing of beads and gele tying. These are the skills that I have been teaching people across the globe. At the moment, younger and educated people who have a firm grasp of these skills are now making electronic designs which is very profitable,” she added.

As noted by the cultural aficionado and host of the show, Olutayo Irantiola, the event was in celebration of the bravery of African women who have distinguished themselves over the ages through their professions and they have gained global prominence in their respective fields.

In his words, “Chief Mrs. Nike Okundaye has taken her work across the globe, she has earned global recognition within various arts sphere and she has relentless given back to the society by training hundreds of thousands of people who are also contributing meaningful to the world today. She is an epitome of womanism and having made success of it in the last five decades calls for celebration.” 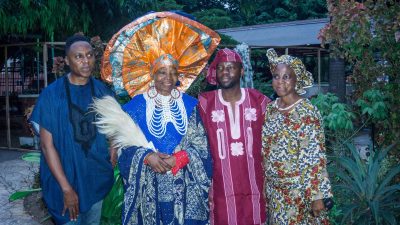 Other educating and entertaining highlights of this edition, dedicated to Mr. Babajide Sanwoolu, the Governor-Elect of Lagos State and other elected officers across the nation, include the Bata Drum Ensemble made up of Muyiwa Adefila; Oloyede Odofin and Olalere Ayantayo. Others activities include Damilola Adebonojo popularly called Iya Yoruba led us on a quiz on tonal marks and Moromoke Lawal popularly called Moromoke Adunbarin spoke on women who have thrived in Pre-Colonial Nigeria like Madam Efunroye Tinubu, Madam Efunsetan Aniwura. Chief Gbemisoye Ayano taught the guests on descriptive symbols.

Yoruba Lakotun is a quarterly cultural renaissance show, which began in 2015, has been at the vanguard of leading topical discussions amongst Yoruba literary and cultural enthusiasts drawn from the corporate and social Nigeria.