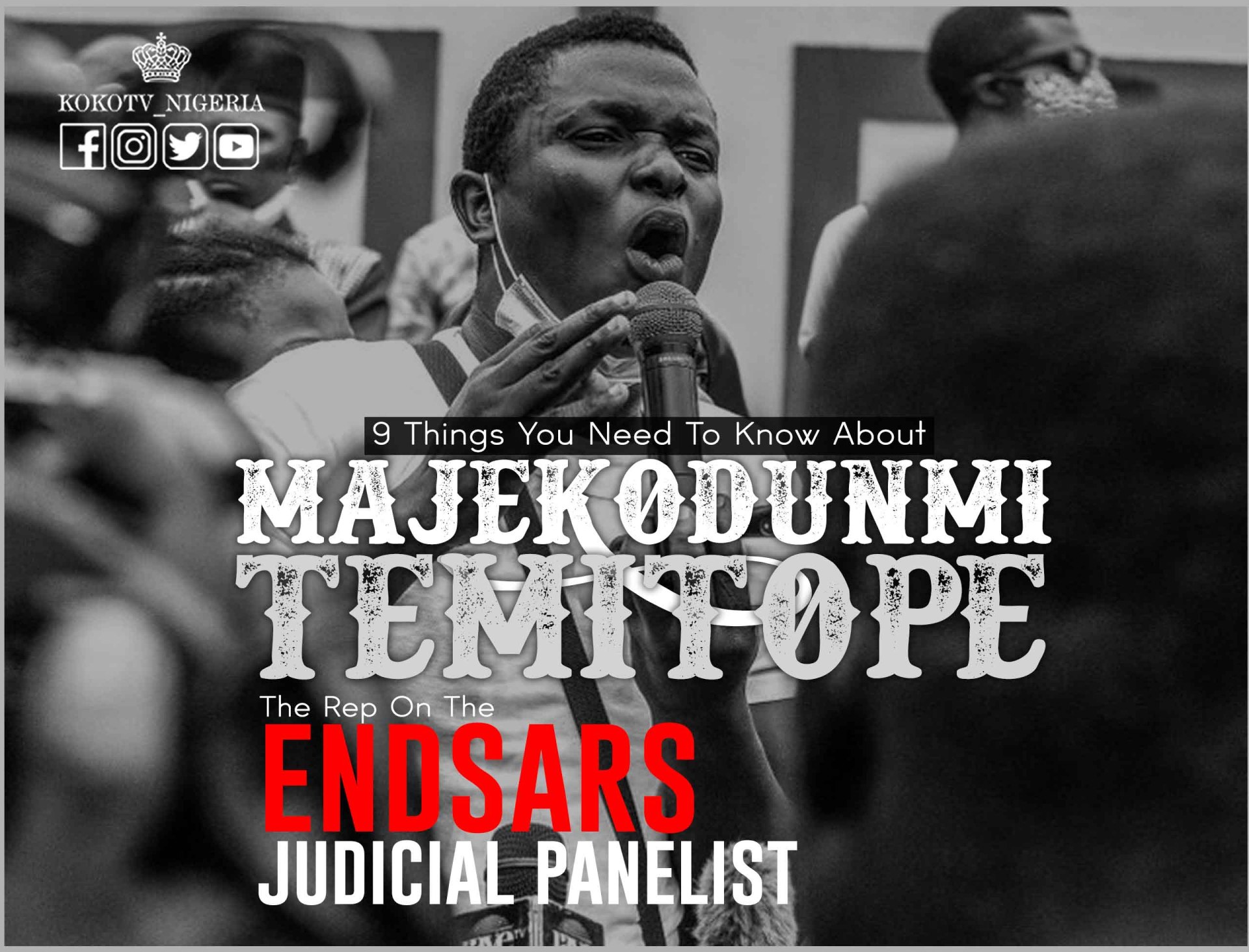 Temitope Majekodunmi, one of the organisers of the #EndSARS protests, has become the Olu of Ikeja designate. The Osoja royal family of Ikeja unan

Temitope Majekodunmi, one of the organisers of the #EndSARS protests, has become the Olu of Ikeja designate.

The Osoja royal family of Ikeja unanimously agreed that 33-year-old Majekodunmi will occupy the throne as the Olu of Ikeja eight-years after Oba Rauf Adeniyi Aremu Matemi passed away.

In a statement by the Osoja royal family, the family confirmed that Majekodunmi would become the next Olu of Ikeja.

The family announced to the public that those picked to ascend the throne had been asked to step aside due to rivalry between Samsonideen Adeleye, Nurudeen Adeleye and Wasiu Adeleye for the past eight years.

They claimed that an impostor, Tajudeen Muritala, a real estate expert who had been parading himself as the king does not belong to the royal family, with no claim to the throne.

“The family wishes to notify the Ikeja Community and the general public that due to long rivalry between their sons – Prince Nurudeen Adeleye and Prince Wasiu Adeleye – who were earlier nominated by the family for the government to decide the more suitable candidate have been asked to step aside,” said the statement. “This decision was reached after years of waiting and a series of meetings to resolve the differences between these nominees for one of them to assume the role of Olu of Ikeja.”

It added, “Consequently, the family has unanimously withdrawn Prince Nurudeen Adeleye and Prince Wasiu Adeleye in a formal written communication to the Lagos State Government. The family wishes to make public, our unanimous decision on the new Omo Oye as contained in a letter forwarded to the government dated January 24th, 2022. The Osoja ruling house unanimously presents a sole candidate for the vacant stool of Olu of Ikeja, Prince Temitope Adebowale Ibikunle (Idowu Aso branch of Osoja).”

The royal house stated further that they had resolved to “this decision as a family for the peace and progress of the community hence he has been presented as the only and final choice and right to the Olu of Ikeja stool.”

The family appealed to Governor Babajide Sanwo-Olu to treat “with the utmost urgency the family’s decision to avoid further delay.”