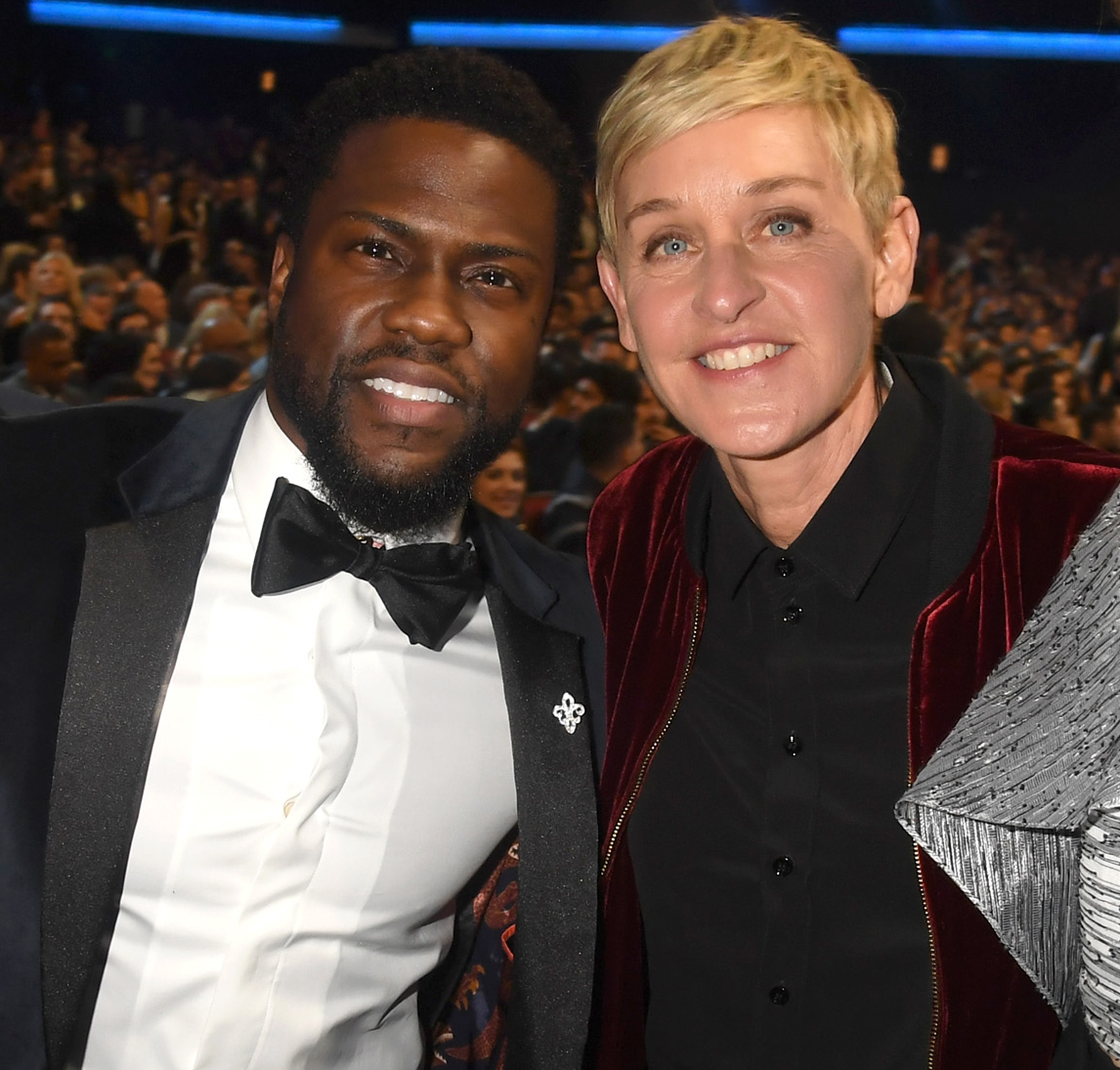 Talk show host, Ellen DeGeneres is fighting for her friend, actor and comedian, Kevin Hart. She wants him to accept to host the 2019 Academy Awards. K

Talk show host, Ellen DeGeneres is fighting for her friend, actor and comedian, Kevin Hart. She wants him to accept to host the 2019 Academy Awards. Kevin Hart stepped down from hosting the gig in December, just two days after being named to host the gig, after his over 10 years old homophobic jokes and comments resurfaced.

In a preview clip of Friday’s broadcast of “The Ellen DeGeneres Show,” the talk show host revealed she actually called up the Academy of Motion Picture Arts and Sciences and asked for Hart to be given back the role. Hart initially did not apologize. He told DeGeneres it was because he didn’t want to add fuel to the fire for something he’d already said he was sorry for in the past. He would later tweet  apologetic explanation and subsequently step down from hosting the gig.

DeGeneres said she accepted his apology, and told him, “I called the Academy. I said, ‘Kevin’s on, I have no idea if he wants to come back and host, but what are your thoughts?’ And they were like, ‘Oh my God, we want him to host. We feel like that maybe he misunderstood or it was handled wrong or maybe we said the wrong thing but we want him to host. Whatever we can do we would be thrilled. And he should host the Oscars.’”

In the clip, Kevin criticized the people who had resurfaced his old offensive tweets. “This wasn’t an accident. This wasn’t a coincidence. It wasn’t a coincidence that the day after I received the job, tweets somehow manifested from 2008. That’s an attack, that’s a malicious attack on my character, that’s an attack to end me, that’s not an attack to just stop the Oscars,” Kevin Hart said.

DeGeneres acknowledged that as a gay person she had been sensitive to his homophobic comments.
“You’ve already expressed that it’s not being educated on the subject, not realizing how dangerous those words are, not realizing how many kids are killed for being gay or beaten up every day. You have grown, you have apologized, you are apologizing again right now. You’ve done it. Host the Oscars.”

Watch clips of the interview here