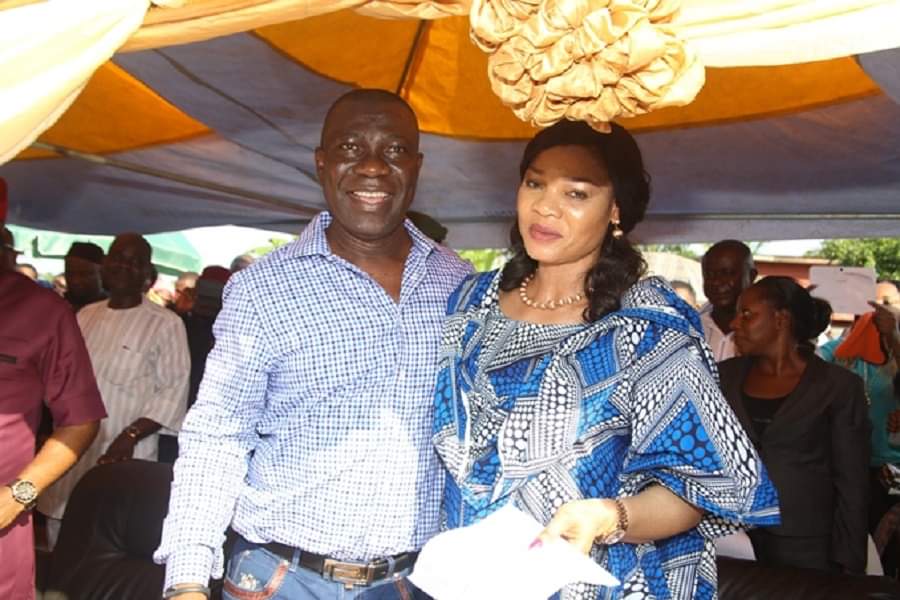 The details were given in a suit filed by the Enugu-born federal lawmaker, along with his wife, Beatrice, against the National Identity Management Commission (NIMC) over the controversy surrounding the real age of Nwamini.

The former deputy senate president and his wife were recently arrested for allegedly bringing a child to the UK for organ harvesting. They were subsequently remanded in custody till July 7.

However, Ekweremadu had written to the UK high commission to support the visa application of a “kidney donor” for his daughter Sonia.

Although the UK police said the donor was 15, he was listed as 21 years old on his international passport and the Bank Verification Number (BVN) portal.

In a suit marked FHC/ABJ/CS/984/2022 and filed on June 27 by Adegboyega Awomolo, counsel to the senator and his wife, before Inyang Ekwo, justice of a federal high court in Abuja, the Ekweremadus prayed the court for an order directing the NIMC to supply them with the certified true copy (CTC) of Ukpo’s biodata, The Cable reports.

They also sought an order directing the NIS comptroller-general to supply the applicants with Ukpo’s documents and application form presented for the issuance of his international passport.

The suit is also seeking an order directing Stanbic IBTC Bank and UBA to supply the applicants with the certified true copy of the “mandate card and account opening package of Ukpo’s bank accounts”.

Awomolo, who gave 20 grounds why the prayers should be granted, said Ukpo offered to donate one of his kidneys to the daughter of the applicants if his kidney was compatible.

He said Ukpo informed the applicants that he was 21 years old, after which Ekweremadu supported his visa application to the United Kingdom with a letter to the British high commission in Nigeria, explaining the purpose of the visit.

“After conducting various medical tests, the Royal Free Hospital in London decided that the said David Nwamini Ukpo was not a suitable donor because his kidney is not compatible with that of Sonia Ekweremadu,” he said.

According to Awomolo, Ukpo was then asked to return to Nigeria but rather than do so, he approached the authorities in the UK, claiming he was 15 years old.

“The applicants require documents from the respondents to assist in the fair criminal investigation and as facts in their defence to establish their innocence of the allegation in the charge and to prove that David Nwamini Ukpo is not a minor and indeed consented to the medical examination in the United Kingdom,” he said.