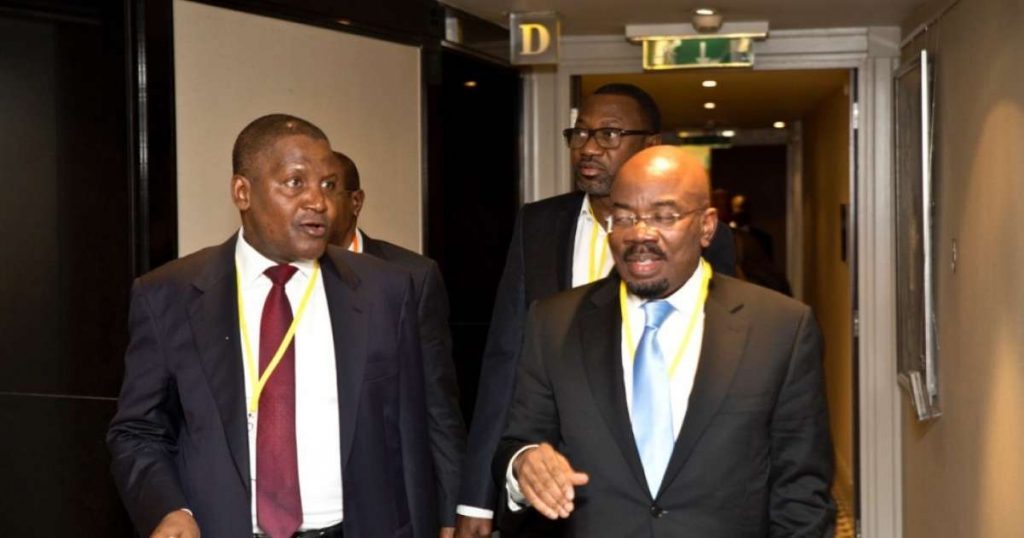 Two corporate giants, Dangote Cement Plc and Zenith Bank Plc have taken advantage of the N2 billion relief fund set up the Lagos State governor for victims of the Abule-Ado explosion which occurred on Sunday 15 March leaving over 20 dead and several injured with properties worth billions of naira destroyed.

The governor had on a day after the devastating explosion, announced that he was setting up an emergency relief fund of 2billion naira for the victims of the explosion. The explosion was reportedly caused by too much pressure on the pipeline lid around the vicinity following the parking of an eight-ton truck laden with core stone. This caused fuel to escape from the pipeline, saturating the atmosphere and causing the explosion.

The two organisations while visiting with the governor to express their sympathy with him and the state announced their individual donations to the relief fund. The two corporate bodies led by Emmanuel Ikazoboh for Dangote Cement and Ebenezer Onyeagwu, the Group Managing Director of Zenith Bank, individually announced a donation of N100million each to the N2billion Fund launched by the state government for victims of the Abule-Ado explosion which occurred on Sunday.

While Dangote announced the donation of N100million worth of cement for the reconstruction of the damaged part of Abule Ado, which was affected by the explosion, Zenith Bank made a donation of the same amount for the care of victims of the disaster, while also pledging more in the course of time.

Sanwo-Olu while expressing appreciation on behalf of the state to the two corporate giants for the gestures, assured that the relief fund would be judiciously used.