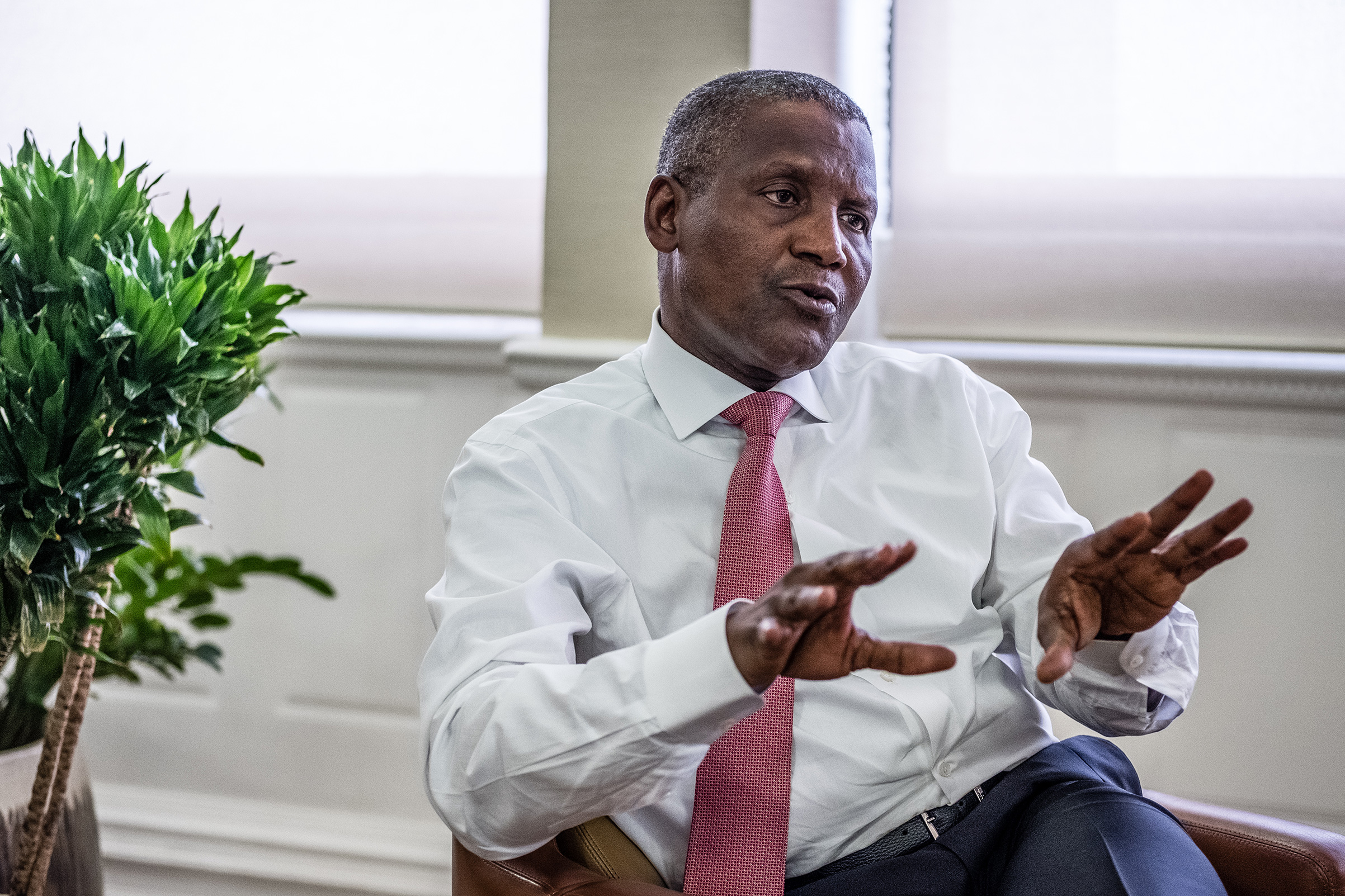 Analysis of the cement giant’s three months results indicated that Dangote Cement sold a total volume of 7.2Mt of cement across the group with Nigerian operations accounting for 4.8Mt while the rest of Africa did the balance of 2.4Mt.

Chief Executive Officer, Dangote Cement, Michel Puchercos, in his comments, said that the company started the first quarter on a positive note despite the new uncertainties brought by a very volatile global environment.

He stated that increases recorded in revenue and profitability drove strong cash generation across the Group. Profit after Tax rose to ₦105.9 billion, up 18 percent compared to last year while Group EBITDA rose to  ₦211.0 billion, by 18.6 percent with an EBITDA margin of 51.1 percent.

Puchercos said, “On the operational side, we are ramping up production at our Okpella plant and are progressing well to deploy grinding plants in Ghana and Cote d’Ivoire.

“Demand remained strong across all markets, and we remain confident that Dangote Cement is positioned to meet customers’ expectations despite these temporary challenges.

“Continuing our efforts to deliver shareholder value, Dangote Cement completed the second tranche of its buyback programme. Following the completion of both tranches, Dangote Cement has now bought back 0.98% of its shares outstanding. This share buy-back programme reflects the Company’s commitment in finding opportunities beyond dividend to return cash to shareholders.”

Puchercos added, “the volatile international context is strengthening our efforts to ramp up the usage of alternative fuels and execution of our export-to-import strategy. Reducing our dependence on imported inputs and making our markets self-sufficient has never been more relevant from a regional perspective.

Our continuous focus on efficiency, meeting strong market demand and maintaining our costs leadership drives our ability to consistently deliver superior profitability and value to all shareholders.”

Dangote Cement is Africa’s leading cement producer with nearly 51.6Mta capacity across Africa. A fully integrated quarry-to-customer producer, it has a production capacity of 35.25Mta in its home market, Nigeria. The Obajana plant in Kogi State, Nigeria, is the largest in Africa with 16.25Mta of capacity across five lines; Ibese plant in Ogun State has four cement lines with a combined installed capacity of 12Mta while Gboko plant in Benue state has 4Mta; and  Okpella plant in Edo state has 3Mta.

Through recent investments, Dangote Cement has eliminated Nigeria’s dependence on imported cement and has transformed the nation into an exporter of cement serving neighbouring countries.