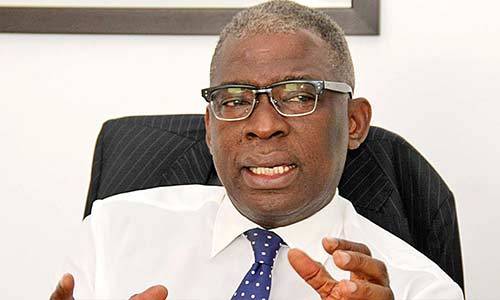 According to the defence team, Shasore was diagnosed with lattice retinal degeneration to both the left and right eyes as well as chronic rhegmatogenous retinal detachment to the right eye.

In response, the prosecution counsel, Bala Sanga, did not oppose the application, saying that “Only the living can stand trial.”

Consequently, Justice Aneke held that “The application praying this court’s discretion to travel for medical treatment in London, The United Kingdom, dated 30th of December, 2022, without opposition, is hereby granted as prayed.

“The defendant (Shasore) is permitted to travel on the 18th of January and return on the 5th of February.”

The case was adjourned till February 21, 2023 for commencement of trial.

Loading...
Newer Post
Premier hotel Ibadan shuts down, pay off staff
Older Post
Wife of Ondo governor, Betty Anyanwu-Akeredolu threatens to deal ruthlessly with female SA for getting too comfortable with her husband