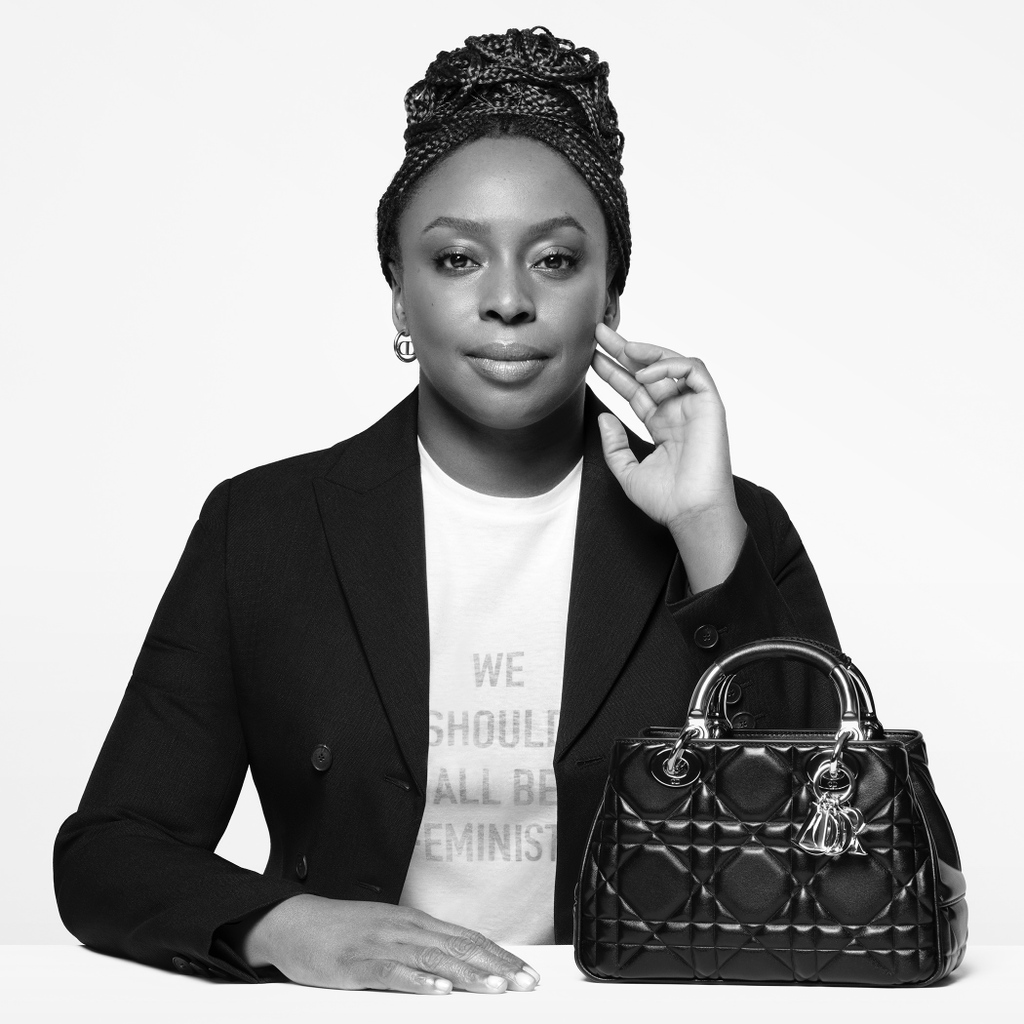 Chimamandah Adichie, a woman of many firsts, tapped by Dior to represent its #diorlady9522

Chimamamanda Adichie To Receive 16th Honorary Degree From University In Belgium
I sank into depression after writing Half of a Yellow Sun – Adichie reveals
Writer, Ann Giwa-Amu accuses Adichie of plagiarism

Writing about Chimamanda and why she was chosen for the campaign, Dior said, “As the first woman chosen to represent the #DiorLady9522 by Maria Grazia Chiuri, the author @ChimamandaReal epitomizes the must-have bag’s contemporary identity.

“The new bag that is a contemporary reimagining of the iconic #LadyDior, unveiled here in the company of the writer @ChimamandaReal.”

The bag, aptly named Lady Dior, is a commercial name given to a handbag by the Christian Dior company aka Dior in honor of Diana, the Princess of Wales.

In the campaign, Adichie wears a black pantsuit and a white T-shirt with the words “We Should All Be Feminists”.

Speaking in an accompanying video, the novelist said: “I feel happiest when I am surrounded by the people I love—by my family, by my friends. I think femininity and feminism have often been seen as mutually exclusive.

“And so, I think for a long time, people felt that being a feminist meant somehow to reject everything to do with feminity.

“Right so, you have to in some ways, kind of appropriate a man to be a feminist, and I don’t think so at all. I think that femininity and feminism actually do complement each other.”

Chimamanda has received global recognition for her work which has been translated into over thirty languages and won numerous awards and prizes.

She was recently bestowed with a chieftaincy title ‘Odeluwa’ in Abba, Anambra State.