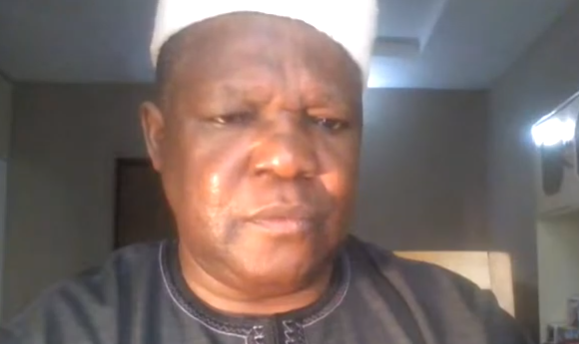 Obadiah Mailafia, former deputy governor of the Central Bank of Nigeria (CBN), says bandits were brought into Nigeria in 2015 by powerful people who w

Obadiah Mailafia, former deputy governor of the Central Bank of Nigeria (CBN), says bandits were brought into Nigeria in 2015 by powerful people who wanted former President Goodluck Jonathan out of power.

Mailafia said those powerful individuals intended to deploy the bandits for war if Jonathan did not concede the 2015 presidential election.

The former CBN deputy governor also said there should be no amnesty for the bandits because they are only out to destroy.

“During the 2015 elections they brought in thousands of foreigners into this country, armed them because it was a case of if Goodluck Jonathan doesn’t surrender, there will be war. They were ready for civil war; they were not ready for peace,” Mailafia said.

“Of course, Jonathan handed over to them and then they turned their backs on the hoodlums and the hoodlums said ‘look, you brought us here and we are still here’.

“There are certain world powers that want to destroy our country. That is what I believe. There was a container load of weapons that were brought in from Turkey. Another time some were brought in from Iran. But nobody probed further and everything was swept under the carpet and that was the end of it.

In August 2020, Mailafia was invited by the Department of State Services (DSS) over his claim that a governor from the north is the leader of Boko Haram.

After his release from DSS custody, Mailafia said he was ready to lay down his life for the country like Nelson Mandela, former president of South Africa, did for his country.

But in an interview with BBC Hausa, Mailafia later said he got the information from “some traders” in the market and did not know that his statement would go viral.

He admitted that he had no evidence to back up the claim.