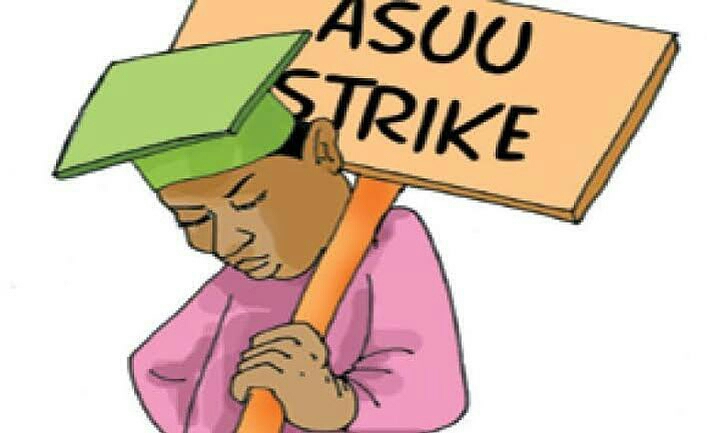 ASUU strike to linger, clashes with FG over N30bn allowance

The meeting between the Academic Staff Union of Universities and the Federal Government ended in a stalemate for the third time on Wednesday,

The meeting between the Academic Staff Union of Universities and the Federal Government ended in a stalemate for the third time on Wednesday, as the parties again failed to resolve the issues around the payment platform for salaries and other benefits. Besides, ASUU was insisting that the N30bn Earned Academic Allowances offered by the Federal Government would be for its members alone, a demand the government team said was not feasible.

The government had offered N30b to all the unions in the universities and another N20b as revitalization fund, totalling N50b during their meeting on October 15.

Recall that ASUU had on March 23 begun an indefinite strike over the Federal Government’s insistence on implementing the Integrated Payroll and Personnel Information System, which the government said all its employees must adopt for their salaries to be paid. Besides opposing the IPPIS,  the union also accused the FG of not abiding by agreements both sides signed a few years ago.

At their resumed meeting in Abuja on Wednesday which lasted for over two hours, the parties could not resolve the contentious issues around the payment system to be deployed. It was gathered that ASUU was still insisting on the University Transparency and Accountability Solution which it developed as an alternative to the IPPIS. However, the union submitted a document on UTAS for onward submission to the National Information Technology Development Agency for evaluation and testing of the software.

But the Minister of Labour and Employment, Chris Ngige said the university lecturers had earlier demanded N110b for the revitalisation of the university system, adding that the Federal Goverment offered N20b and N30b for earned academic allowances. He noted that the N20b was offered to ASUU as a sign of good faith based on the Memorandum of Understanding entered into in 2013 as a result of the renegotiation they had with the government in 2009.

Ngige explained that the government was committed to the revitalization of the university system but added that it was constrained by the dire economic situation occasioned by the COVID-19 pandemic.
“ASUU is saying that the N30b should be for lecturers alone, irrespective of the fact that there are three other unions. So there is a little problem there. We don’t have any money to offer apart from this N30b.”

The minister further pointed out that the transition period for the payment of the salary and other allowances had not been resolved as a result of the disagreement over the payment platform. He said, “One other issue that has arisen is the issue of the transition period. How do you get the Earned Academic Allowances that is due to you or any other entitlement that the government want to pay you?

“They want an exemption from the IPPIS and the government side headed by the Accountant-General of the Federation said that IPPIS is the only government-approved payment platform. So that is where were are for now. So we are all going back to our principals and they will receive from me the irreducible minimum of what the federal government has to offer.”

Ngige also said the FG may be forced to take legal action against the union if it failed to respond to the offers made to resolve the crisis and call off its eight-month strike.