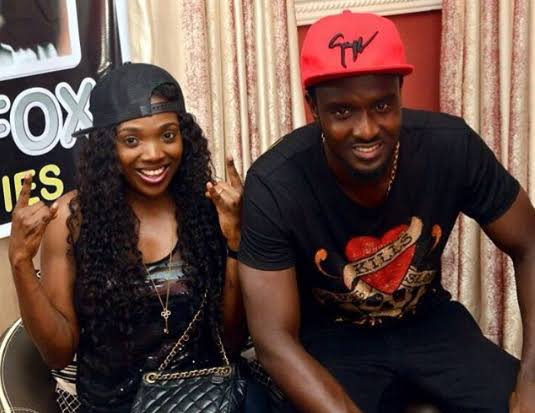 Annie Idibia’s brother accusses her of selfishness, turning him into a drug addict

Actress, Annie Idibia and wife of Innocent Idibia aka 2Baba, has been called out by her brother, Wisdom Macaulay. He accused Annie of threatening h

Actress, Annie Idibia and wife of Innocent Idibia aka 2Baba, has been called out by her brother, Wisdom Macaulay.

He accused Annie of threatening his life and taking away his means of livelihood.

According to Wisdom who says he is a fashion designer, he has been working with the actress who never pays him his dues but would rather prefer to send him N20,000 or N30,000 and turn him to her slave.

Wisdom claimed that Annie is a violent person and does erratic things whenever she is angry.

He further claimed that the actress introduced him to drugs as she is a drug addict.

“Hello Nigerians, my name is Wisdom Macaulay, I am the elder brother of Annie Macaulay Idibia. I’m crying out for help at this moment because my life is been threatened.

“I have been working with my sister for sometime but she would never pay me my dues, she would rather send me N20,000 or N30,000…turn me to her slave and she can decide when she is angry to end it.

“Some weeks back, her husband sent me some money that I have begging him for years. The money wasn’t so much but I used it to settle my home. I have a wife from Imo State and I am yet to pay her bride price because I don’t have money.

“Annie introduced me to drugs, hard drugs, Annie takes drugs, she is a drug addict, she takes it everyday, she is so violent, she doesn’t have peace with anyone, she fights everybody”.

He further added, “I wasn’t around for two weeks and when I came back, she took everything from me. Annie lied on her story that I beat her in her husband’s house, how can I do that?

“Annie insults my wife, she insults everybody. I begged for her to give me money to buy a car so I can use it for Uber yet she refused, she doesn’t want me to stand on my feat.

“Today, she drove me out of her house, and sent boys to waylay me when I took her car. Now my life is at risk. Annie is so ill tempered”

During the nasty social media fight between Annie and 2baba where she called him out for sleeping with his babymama, Uduak warned the public not to associate him with her.

He stated that he no longer wants to be associated with the actress and asked his family and friends never to hit him up about anything that involves the actress.

“This is for mutual friends and family, I just want to announce the entity and actress known as ‘Annie Idibia has seized to be friend, family, sister. Don’t hit me up, don’t DM me about her I have nothing connected with Annie or that brand whatsoever”.