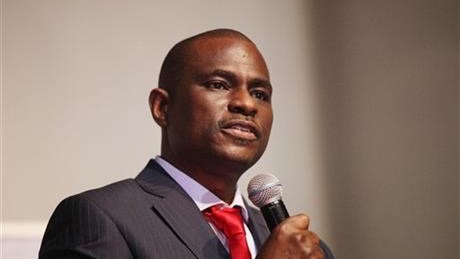 Airtel now most capitalized company listed on the NGX at N5.4trn

Airtel Africa, a member of the SWOOT (Stocks Worth Over One Trillion), is now the most capitalized company listed on the Nigerian stock exchange,

Airtel Africa, a member of the SWOOT (Stocks Worth Over One Trillion), is now the most capitalized company listed on the Nigerian stock exchange, surpassing Dangote Cement, the cement producing giant owned by Africa’s richest man, Aliko Dangote.

Airtel Africa, the second-largest telecoms company in Nigeria crossed the N5 trillion mark for the first on Friday as the stock gained 9.9% to close at N5.4 trillion.

This is also the first time any Nigerian company has surpassed N5 trillion in Market Capitalization.

Airtel first surpassed Dangote Cement as the most capitalized stock on Thursday after it gained 10% closing at N1,271. Dangote Cement in contrast fell on Thursday by 8.53% from its 52-week high of N284.90 to close the trading session at N260.60, on profit-taking by investors. This saw Dangote’s market capitalization fall by N414.1 billion, from N4.86 trillion to N4.44 trillion. It remained flat on Friday, January 28.

Airtel on Friday gained another 9.9% taking its share price to N1,390 as it continued its bullish run. Airtel’s share price has now gained over 46% this year on the back of improved operational performance, share buybacks, and investor sentiments.

Airtel Nigeria has been notably expanding its business beyond just the offerings of telecommunications services. Last year, the telco giant got an approval-in-principle to launch its payment service arm in Nigeria, known as SMARTCASH Payment Service Bank Limited, according to Nairametrics.

Asides from this, it also announced last year that its subsidiary, Airtel Mobile Commerce Nigeria Limited, was granted approval in principle by the Central Bank of Nigeria (CBN) to operate as a super-agent in Nigeria.

Although these are signs of an evolving business, another factor that may have caused the rally could also be the fact that after announcing the completion of the minority share buyback in December 2021, Airtel Africa now owns 99.96% of the total shares outstanding. This means a share supply shock can be easily triggered with only a few stocks in circulation.