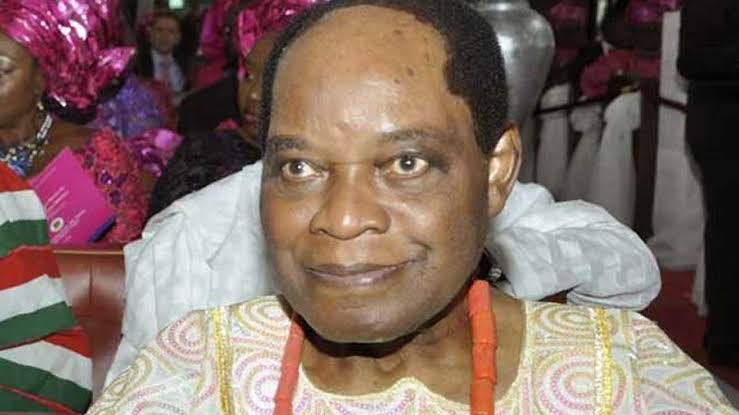 A Federal High Court in Lagos on Friday, upheld the N26 billion debt claimed by Access Bank Plc against the estate of Sunny Odogwu, the late Ide Ahaba

A Federal High Court in Lagos on Friday, upheld the N26 billion debt claimed by Access Bank Plc against the estate of Sunny Odogwu, the late Ide Ahaba of Asaba.

Justice Daniel Osiagor, the presiding judge, in his judgement upheld the Access bank’s claim, and dismissed the preliminary objection filed by the estate of the late Chief Odogwu challenging the claim of the bank.

The court held that a consent judgement had earlier been entered in which parties to the debt agreed on the payment of N12 billion as full and final payment.

The defendants in the preliminary objection had argued that having taken advantage of the consent judgement, the plaintiff can’t turn around and ask the court to set aside same.

However, Access Bank in its claim before the court argued that the judgement was floored in that it was delivered by a court that lacked jurisdiction to entertain it as at the time it was entered as consent judgement.

The bank through its counsel, Kemi Balogun, SAN, submitted that the matter having been placed at the bosom of the Court of Appeal, the lower court which entered the consent judgement was at the time it gave the judgement Functus Officio (lacked jurisdiction), and that the only court that has the power to adjudicate on such matter at that level is the appellate court.

The judge then affirmed the earlier judgement of justice Saliu Saidu, which ordered the defendants to pay its outstanding indebtedness of N26 billion.

Osiagor however ruled that the payment must be less all amount earlier paid to the judgement creditor.

The court also awarded a cost of N200,000 against the defendants.

It would be recalled that Access Bank Plc and the late Ide Ahaba of Asaba, Chief Sonny Odogwu, entered into a N26 billion loan agreement when he was alive.

The late businessman wanted to use the facility to build luxury apartments to be known as Le Meridien Grand Towers in highbrow Ikoyi, Lagos.

Thus Odogwu mortgaged prime properties in Lagos, Abuja, Dubai, and Los Angeles among others to Access Bank in return for the facility.

After the death of the businessman, the mortgaged properties eventually became a subject of litigation.

Trouble started when the estate of the late Chief Odogwu, reacted angrily to a move by Access Bank to take over the uncompleted property.

The bank had in its originating summons urged the court to enter judgment in the sum jointly or severely against the first to third defendants, being the outstanding sum as at September 30, 2014, advanced by the bank for the defendants.

The bank also urged the court to direct Leadway Trustees Limited to surrender all title documents in its custody in relation to the said property.