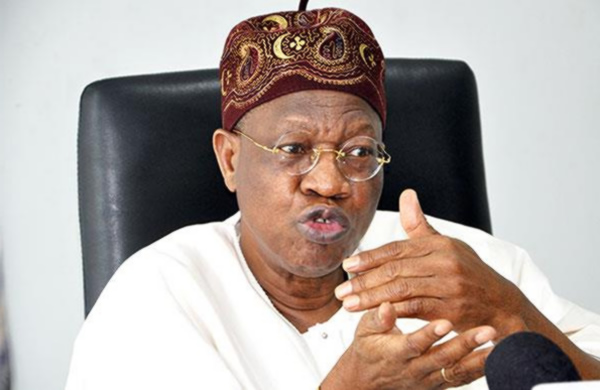 Despite an upsurge in Boko Haram activities in the North-east, the Minister of Information and Culture, Lai Mohammed, insists that President Muhammadu

Despite an upsurge in Boko Haram activities in the North-east, the Minister of Information and Culture, Lai Mohammed, insists that President Muhammadu Buhari-led administration is winning the war against the insurgents. Mohammed said the government is winning the war against insecurity including the Boko-Haram insurgency, banditry, kidnapping and other security threats.

The minister said the Boko-Haram insurgents have been ‘confined’ by the Nigerian troops while banditry and kidnapping have been reduced to the barest minimum.
“Our gallant men and women in uniform stepped up the fight against terrorism in 2019, despite the fact that they are not just fighting the rump of Boko Haram but also the Islamic State’s West African Province (ISWAP).

“Yes, they occasionally attack soft targets from the fringe islands in Chad, where they have been confined by our troops, but they don’t hold any territory like they did before the advent of this administration, when they hoisted their flag in their Bama Caliphate, collected taxes, as well as removed and installed Emirs. They no longer have such capabilities. The successful attacks they carried out in Abuja and other cities are now a thing of the past. The terrorists’ recent attempt to attack soft targets in Damaturu, the Yobe State Capital, and Biu in Borno State were repelled by the military, with the terrorists suffering heavy casualties,” Mohammed said.

On Monday, Mohammed had urged Nigerians to pray for the Nigerians troops, saying “terrorism is not just a Nigerian problem.”
“It’s a global problem and it has global ramifications. The terrorists are as irrational as they are inhuman. They do not subscribe to any religion, despite their pretensions. That explains why they reportedly murdered 11 innocent men in Nigeria recently, in a dastardly and cold-blooded manner, just to avenge the killing of ISIS leader Abu Bakr al-Baghdadi by US forces. The world must unite to fight this scourge of our time. Also, thanks to a multi-dimensional approach, the incessant farmers-herders clashes across the country, as well as banditry and kidnapping, have been reduced to the barest minimum,” he said.