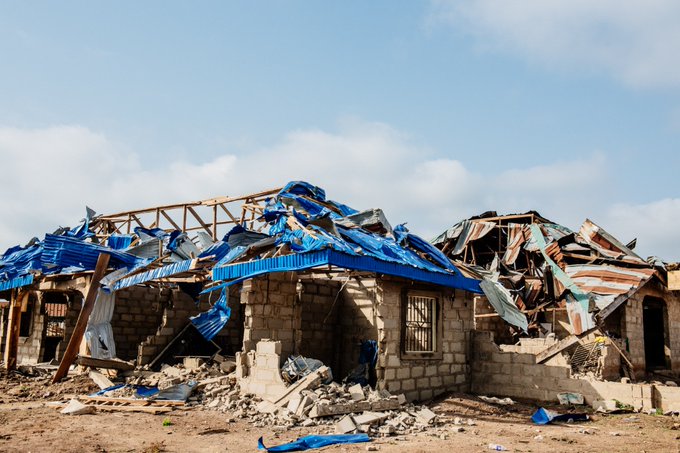 The actual cause of Akure blast that injured over 50, destroyed many buildings

Governor Rotimi Akeredolu has debunked the meteorite theory for the deafening blast that rocked Akure, the Ondo capital and environs overnight. He sai

Governor Rotimi Akeredolu has debunked the meteorite theory for the deafening blast that rocked Akure, the Ondo capital and environs overnight. He said the explosion was from a vehicle carrying explosives to a nearby state. According to him, the crater on the road was created by the exploded vehicle as it sank from the impact.

The explosion occurred at Eleyowo Village on the Akure-Owo Road early Saturday morning and destroyed nearby properties. The scene has been cordoned off to ensure that no more bombs will explode from the buried vehicle.

Akeredolu explained what happened in a series of tweets on Saturday: “A vehicle in a convoy transporting explosives to a storage facility in a neighbouring state developed a fault while in transit along the Akure Owo Road about 2km from the Akure Airport.

“Security personnel and other individuals transporting the ordinances noticed smoke from the vehicle.  After several attempts to extinguish the resulting fire failed, the vehicle and its consignment ignited causing a massive explosion that was felt in Akure and its environs. Presently, efforts are being made to ascertain if there are casualties.

“Following my visit to the scene, I have directed that the area be cordoned off to allow the explosive ordinance department/bomb squad to extricate the vehicle buried underground because it is unclear if there are still explosives that are yet to be detonated. Everything is under control and I will be updating the public on any new developments”.

Residents of Eleyowo village, less than a kilometre to Akure Airport were mostly affected by the blast. 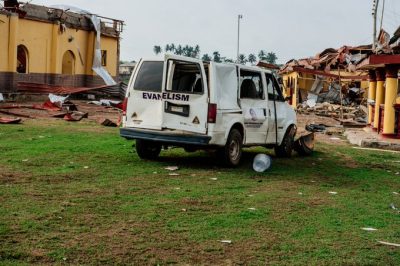 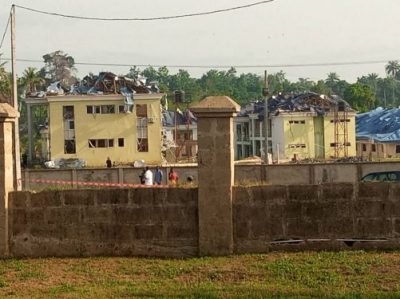 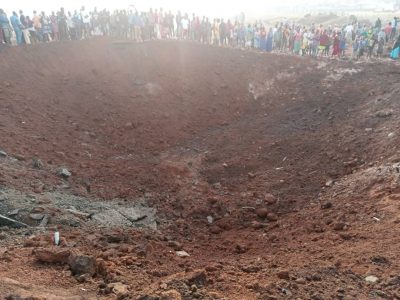