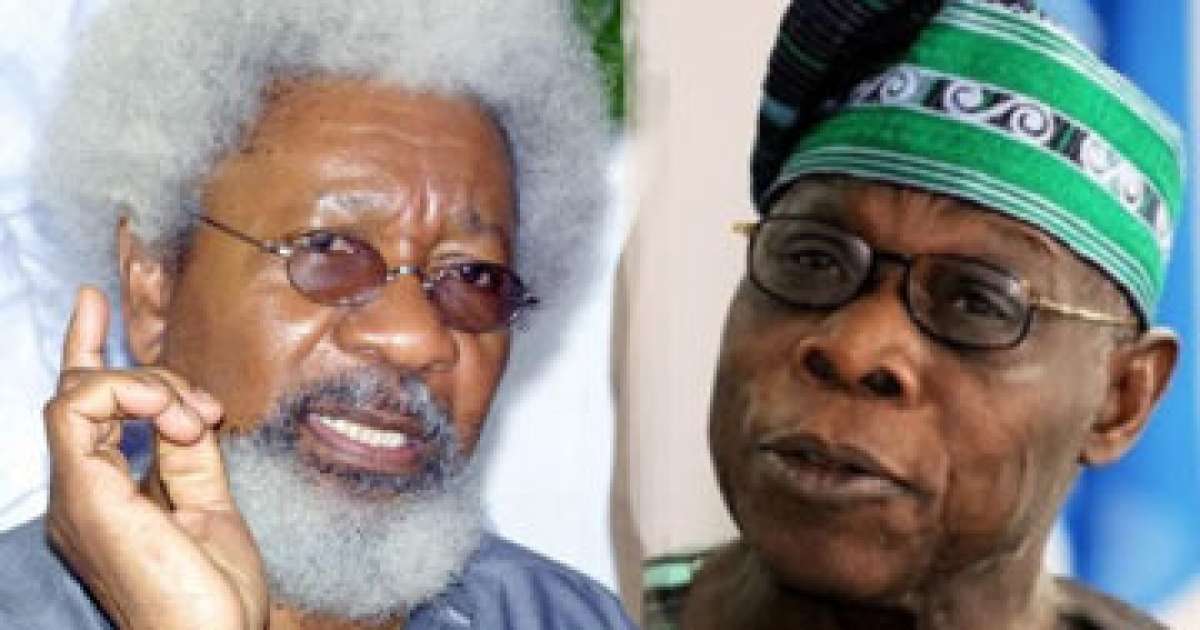 He said Obasanjo knows him so well that he does not make accusations lightly and that he despises snide insinuations.
“I now challenge you (Obasanjo) to search your soul, very deeply, and swear to this nation that you never awarded oil blocks in return for sexual gratification. I do not make accusations lightly and I despise snide insinuations. I believe you know me well enough. And I am no prude, I am not a hypocrite of sexual desire, nor am I interested in the seamy side of Power. Take your time, think deeply and remember that each day brings you closer and closer to your Maker and the Day of Judgment-going by your own professions.”

Soyinka made reference to a letter written to Obasanjo by Abubakar Umar, in which the former military governor accused Obasanjo of awarding oil block indiscriminately and illegally. The literary scholar said sex-for-grades as a solution to burdensome energy seemed to have become the practice, saying that even when Donald Trump and Bill Clinton were accused of sexual misconduct, no one ever accused them of using their nation’s assets for sexual gratification.

“If I denounce you (Obasanjo) as a degenerate in need of help, remember that I do not require fiction. Verifiable truth is solemnly at my disposal. I do not concoct a thousand snipers for a thousand listed enemies of governance-one of the most impudent egregious fantasies ever manufactured by a former ruler, simply to destroy a successor and persuade oneself that one is a maker and breaker of governments,” Soyinka said.

Soyinka also said during Obasanjo’s celebration of the 10th anniversary of his presidential library, the former president accused him of blocking his ambitions to become the secretary-general of the United Nations.
“Could someone please stop crediting me with that level of international clout? Of course, I feel totally content and fulfilled with my contribution to that operation to ‘save our world’ from the clutches of a predator, sadist and liar-convincing evidence of which we provided in our successful diplomatic offensive-but the umbrage should also go to that very Femi Falana and the late Beko Ransome-Kuti, with whom I worked in close collaboration,” he said.

Soyinka also said that under Obasanjo’s watch, and with proven collaboration, an elected governor was kidnapped, locked in a toilet and held there under duress to force him to sign cheques on the state treasury, saying that “he escaped confinement, thanks to a sympathetic policeman , but the state went up in flames. The state radio and television houses were torched. The house of assembly and the law courts—my own special preserve-were vandalized. Who did you say was president at that time?”