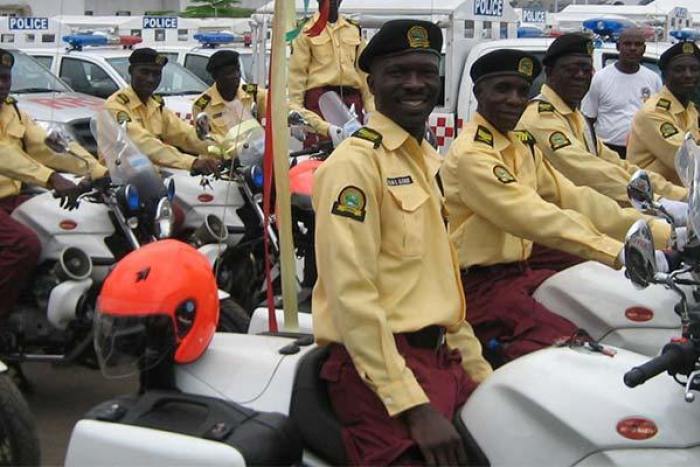 LASTMA rolls out 64 traffic offences in Lagos and their penalties

The Lagos State Traffic Management Authority (LASTMA) has rolled out 64 offences that road users can commit and earn them serious penalties. Backed by

The Lagos State Traffic Management Authority (LASTMA) has rolled out 64 offences that road users can commit and earn them serious penalties. Backed by the Lagos State governor, Babajide Sanwo-Olu who plans to enforce these traffic law, LASTMA in a tweet urged all residents of the state “Ensure to #ObeyTrafficRules at all times #ForAGreaterLagos”.

While some offences carry various fines which includes imprisonment and training at Lagos State Driving Institute, there are about 20 offences that provide for the seizure of the cars, trucks, motorcycles of traffic offenders. The offences which can trigger forfeiture of vehicles by offenders are: violation of routes by commercial vehicles, disobeying traffic control, personnel, parking on the yellow line on a public highway or illegal parking, neglect of traffic directions, vehicles crossing double yellow line/centre line.

Also, drivers who ignore the offside rule by staying within the yellow junction box will also lose their vehicles, when arrested. Other offences that will cause forfeiture of vehicles are: failure to yield to the right of way of a pedestrian at a Zebra crossing, failure of a slow-moving vehicle to keep to the right lane, driving in a direction prohibited by the law and neglect of traffic directions.

Overloading of a commercial vehicle will attract seizure of the vehicle as well. Also, those who park or drive on the walkway or kerbs will lose their vehicles. Bullion van driving in a direction prohibited by law will also be seized. Unlicensed Motorcyclists will also lose their bikes. Government will impound motorcycles below 200 cc and bikes driven by minors.

Here is a comprehensive list of traffic offences and their penalties 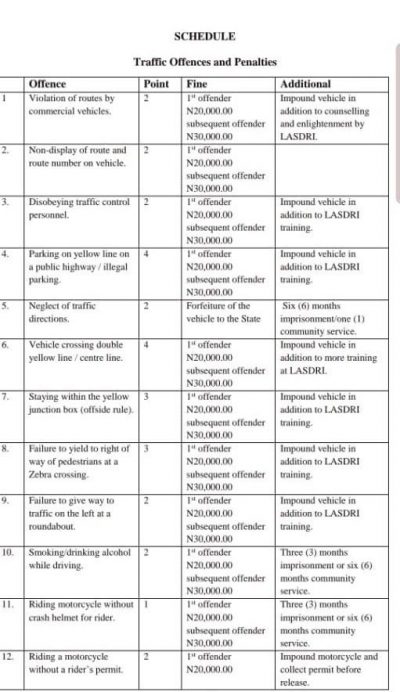 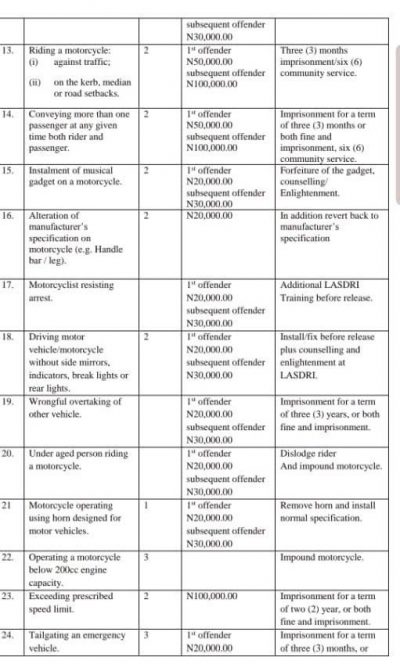 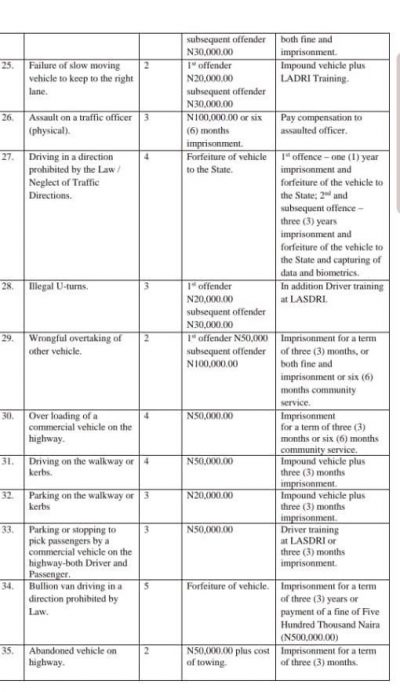 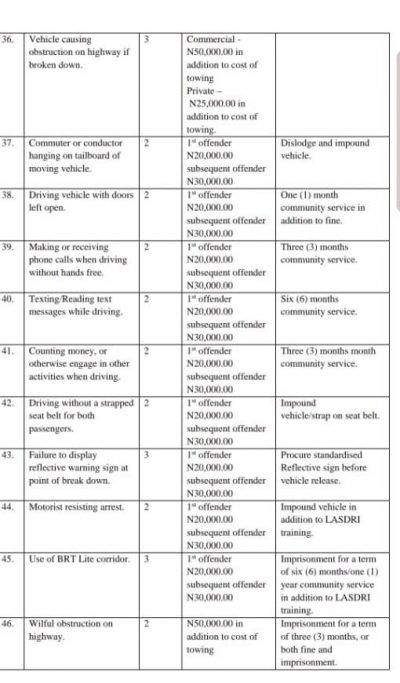 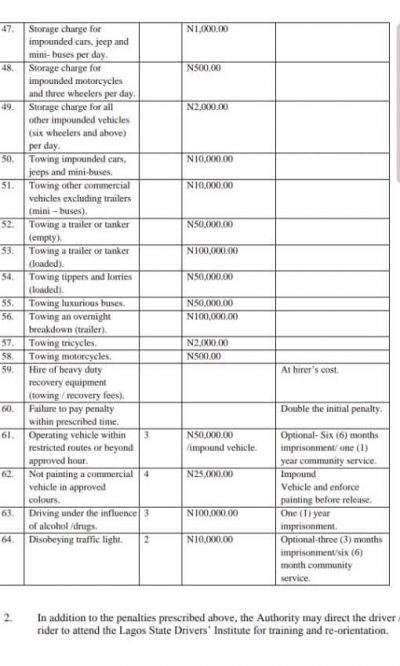