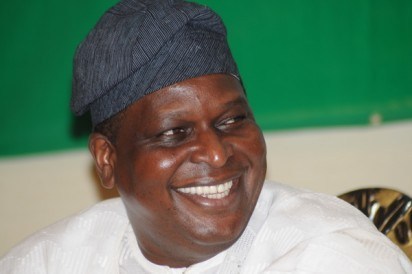 I am being victimized for shutting den of criminals – Runsewe

Olusegun Runsewe, director-general of the National Council of Art and Crafts (NCAC), says people want him behind bars because he refused to fail in hi

Prove you are not rubber stamp and reject 80% of nominees – Timi Frank to Senate
Court grants EFCC permission to investigate El-Rufai for fraud
Fayose denies saying he will commit suicide, says he stands by his words

Olusegun Runsewe, director-general of the National Council of Art and Crafts (NCAC), says people want him behind bars because he refused to fail in his duties as a public officer and government appointee.

On Thursday, a federal high court in Abuja ordered that Runsewe be sent to prison for contempt of the order of court made on December 15, 2017. This was based on a suit filed by Ummakalif Ltd against the Federal Capital Development Authority (FCDA); Runsewe; and Lai Mohammed, minister for culture and tourism, who served as the 1st, 2nd, 3rd and 4th defendants respectively.

In 2017, an FCT high court had restrained the NCAC from demolishing and evicting traders from the Abuja Arts and Crafts Village. Despite the order, the village was closed by the police, who said they would only reopen on the orders of the NCAC director-general.

Reacting to the judgement of Friday, the NCAC boss said the village had become a den of robbers and illicit drug sale, hence its closure. He said the village, valued at N9.8 billion, was serving as a “security threat not only to Abuja residents but also to foreigners who engage in early hours exercises.”

“The Art and Craft village (Opposite Abuja Sheraton Hotels) valued at N9.8 billion is the reason behind why some people wanted me hounded into jail and removed from office because I refused to dance to their tunes,” he said.

Runsewe thanked his well-wishers who had shown support since the judgement was made, adding that his life is in the hand of God. He said he would continue to protect Nigerian cultural assets within the country and beyond.
“I will do my best within the ambit of the law to secure and protect Nigerian cultural assets including those outside the shores of Nigeria”, he said.

“The Art and Craft village was turned into a drug den, a holdbay and rented house for hooligans and criminals. The area had been turned to a depot for illegal arms and sundry criminal activities. It is a security threat not only to Abuja residents but also to foreigners who engage in early hours exercises through the street in the morning. They were molested by criminals from this location.

“So I wonder why some people are bent on converting government property to a haven of inappropriate engagement. Hence, the police had to close down the place. The Art and Craft Village belongs to the Federal Republic of Nigeria. It does not belong to me but to the Nigerian people. So I would be failing in my duties as a public officer and appointee of government if I cannot protect government property to which I was mandated to oversee. If the area opens for business, it will provide over 300 jobs to Nigerians and reduce crime rate.”