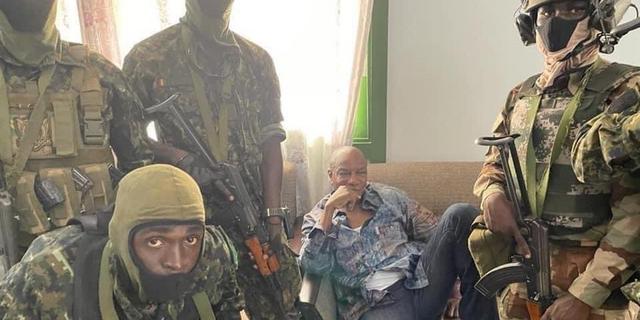 Guinea soldiers on Sunday, 4 September, said they have taken control of the government and suspended the Constitution. Some gunshots were heard nea

Guinea soldiers on Sunday, 4 September, said they have taken control of the government and suspended the Constitution.

Some gunshots were heard near the presidential palace in Guinea’s capital, Conakry witnesses said.

Colonel Mamady Doumbouya of the Guinea military said in a video recorded in the capital Conakry that the National Assembly has been dissolved.

A video has also circulated on social media showing President Alpha Conde being held by soldiers. He was subsequently shoved into a vehicle and driven away.

Mr. Doumbouya said all land and air routes have been shut in the interim, asking citizens to remain at home and await further instruction on the direction of the government.

Mr. Doumbouya also lamented widespread corruption and poverty as key reasons for the takeover, saying Mr. Conde had failed to deliver on his promises to Guinea people.

Conde has faced mounting criticism ever since he sought a third term in office last year, saying the constitutional term limits didn’t apply in his case. He was ultimately reelected, but the move prompted violent street demonstrations, and the opposition said dozens were killed.

Conde came to power in 2010 in the country’s first democratic elections since independence from France in 1958.

Many saw his presidency as a fresh start for the mineral-rich country, which has been mired by decades of corrupt, authoritarian rule.

Opponents say he has failed to improve the lives of Guineans, most of whom live in poverty despite the country’s vast mineral riches.

In 2011, he survived an assassination attempt when mutinous soldiers fired at the palace.