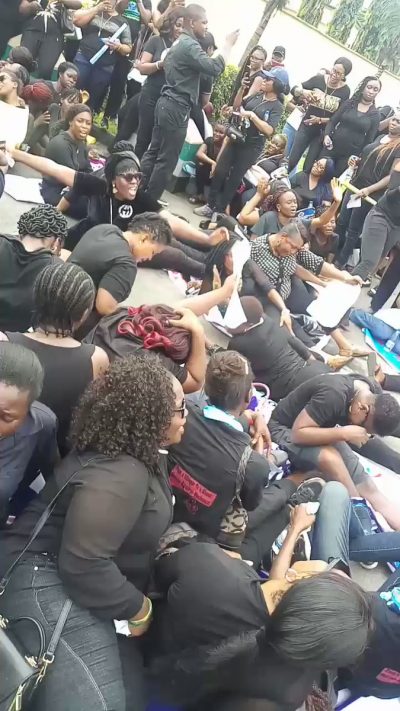 Groups of women on Wednesday marched to the government house in Port Harcourt to protest the killing of young women in hotels in the state. The women,

Groups of women on Wednesday marched to the government house in Port Harcourt to protest the killing of young women in hotels in the state. The women, who were clad in black attire, called for an end to the situation.

About eight young women have been murdered in different hotels in the past two months in the state. The bodies of these ladies were said to have been found in similar conditions – strangled and with a white piece of cloth tied around their necks.

The protesters said everybody, including sex workers, deserve the right to life and should not be killed in such a gruesome manner. A similar protest was staged on Monday by a group of women at the police headquarters in the state. 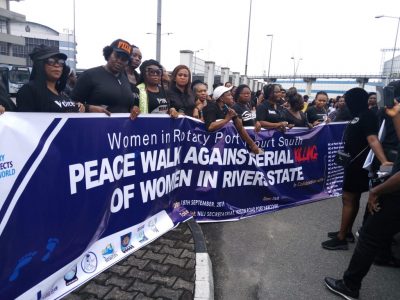 Addressing the protesters, Chucks Enwonwu, deputy commissioner of police in the state, asked them to educate other women to desist from prostitution as it makes them easy targets to prey on. His remarks, however, did not go down well with Nigerians who criticised him for “describing the victims as prostitutes”.

Nyesom Wike, governor of the state, said security agents were working to ensure that the killings stop, and that the perpetrators would be made to face the wrath of the law. Speaking on Wike’s behalf, Tammy Dangogo, secretary to the state government, said the security agencies have been mandated to work with hotels to end the ugly situation.