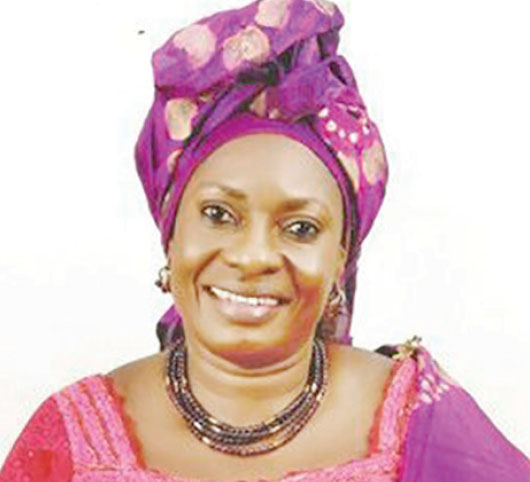 The Women Affairs Minister, Pauline Tallen has appointed one of her daughters, Violet Osunde, as a special assistant in her office. It is not clear if

The Women Affairs Minister, Pauline Tallen has appointed one of her daughters, Violet Osunde, as a special assistant in her office. It is not clear if the minister’s action violated any law, but critics including academics and lawyers said it suggests nepotism and could be a breach of her oath of office.

But criticisms have trailed the appointment with many Nigerians including lawyers, leadership of the Academic Staff Union of Universities (ASUU), and the spokesperson of the opposition Peoples Democratic Party (PDP), describing the development as opportunistic and condemnable. However, the minister has defended her action, saying she has the right to choose whoever she feels has the capacity to support her efforts towards achieving the mandate of her office.

Also, the Academic Staff Union of Universities (ASUU), the body of university teachers across the country, described the minister’s action as opportunistic, the leading opposition party in the country, Peoples Democratic Party (PDP), said the development borders on moral bankruptcy. The National President of ASUU, Abiodun Ogunyemi, said the union has always kicked against the rising culture of opportunism and nepotism by some vice-chancellors, who he noted bring on board members of their families and villages to occupy positions of authorities once they are appointed.

“Since we are operating a democracy, such appointment should be based strictly on merit, and based on other criteria that are spelt out in our constitution. ASUU condemns it and we invite government to look into it. So as much as we don’t accept it on our primary constituency, which is the university system, I think such practice should not be tolerated in other segments within the larger society. So, on moral, constitutional and legal grounds, we believe that such should not be tolerated,” he said.

Also speaking, the National Publicity Secretary of the PDP, Kola Ologbondiyan, said such practice has defined President Muhammadu Buhari’s administration. He said; “Well, we have not confirmed that story but if it were so, it borders on moral bankruptcy, which is a system that has been established by this administration. President Buhari’s administration is about absurdities; they have no respect for morality and they are very divisive. They also don’t care about the feelings of Nigerians and that can only account for why a serving minister will use her daughter as a special assistant.”

Speaking in defence of the minister, the Permanent Secretary in the ministry, Mrs Anagbogu, said there is nothing wrong in what her boss has done. She said what should be important is getting the work done and not who is brought on board to get it done. She said; “As long as I do not pay from my salary, my hourable minister and even me, has the right to choose whoever will give us support and enable us to achieve our mandate. Even if it is that man on the street and I found out he is useful to me I can use him as my aide. I am being very factual and honest with you, what is the big deal in appointing one’s son or daughter as an aide?”

The personal assistant to the minister, Bala Muhammed, also shares the permanent secretary’s view, adding that the minister’s choice was based on competence and merit.