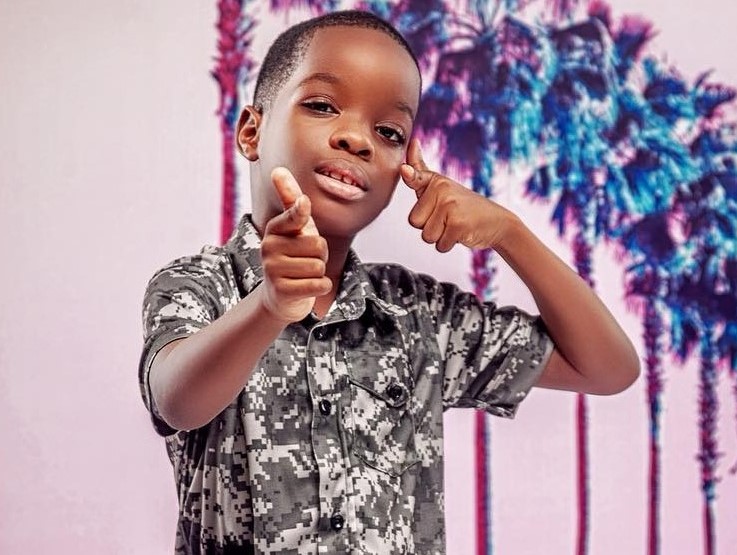 At only seven years old, Wizkid’s first son, Boluwatife Balogun is already an entrepreneur, something most kids his age aren’t even contemplating. The

At only seven years old, Wizkid’s first son, Boluwatife Balogun is already an entrepreneur, something most kids his age aren’t even contemplating. The young lad is ready to take the fashion industry by storm with his recent venture into the fashion space. The young CEO runs Czar & Czarina, a fashion brand for born out of the desire to provide top notch designs for kids between the ages of 3 and 10 years. An affordable and prestigious clothing line, besides helping to make stressful shopping in the UK and the US a thing of the past, Boluwatife revealed his intention to style some of the country’s top musical acts.

Besides his dad, who is considered stylish, the young CEO said, “I would like to also style Davido, Olamide and YCee. Those are my favourites in Nigeria. I like those artistes because they sing for a living. They don’t put too much stress in what they do.”

Although he started out with designing custom and standard fits for kids, Shola Ogudugu, Boluwatife’s mother, revealed that the brand now makes footwear and general cover ups for adults as well.
“Boluwatife always comes  up with some dope combinations. People always asked us where we got his cloths, so, we decided we could make a venture out of it. He was the reason why Czar & Czarina came about,” she added.

“While I’m the creative director and do all the work and everything creative. He’s the general inspiration for the awesomeness of the brand. He’s also like CEO of the company and decides the outfits we make.”

The duo expressed excitement about the pace at which the brand is growing, adding that they now design for renowned Nigerian celebrities and many other Americans.
“Our brand its growing, people patronize us from everywhere. We’ve made cloths for Bisola, Terry G, YCee, and different people. Sometimes, it’s so amazing and we’re so happy about it,” they said.

Ogudugu also disclosed that the official launch of the adult line will take place at Maison Fahrenheit hotel in Lagos on April 19, which turns out to be her birthday.