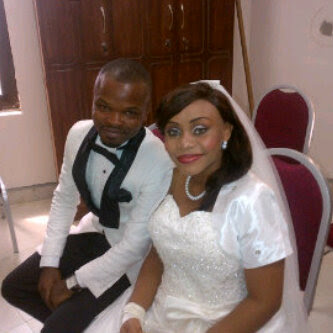 Uzor Ohiri, the estranged wife of On Air Personality, Chinedu Ani Emmanuel, more popularly known as Nedu, has publicly accused the radio personality and influencer of domestic violence while they were married.

This is coming hours after Annie Idibia took to get instastory to accuse her famous husband, Innocent Idibia aka 2Baba of still having a thing with Pero Adeniyi, mother of his first three children.

Unknown to many, Nedu was once married and got hitched to Uzor in 2013 but their marriage crashed in 2018.

Taking to her instastory, Uzor began by saying, “Seems like a good time to call useless men out. @nedu_wazobiafm, I am tired.”

In another post with a picture of her bruised arm, she said, “@Nedu_wazobiafm, I am ready now. Let’s take care of the girls, leave my son out of this.

“You remember this picture? You beat me up while your mother held my new born a few weeks after my caeserian operation.”

She then goes on to call out Nedu’s employers, Wazobia FM, saying, “@wazobiafmlagos, how is @nedu_wazobiafm still hosting a marriage show on radio? Like wtf?”

Nedu is yet to respond to her tirade.