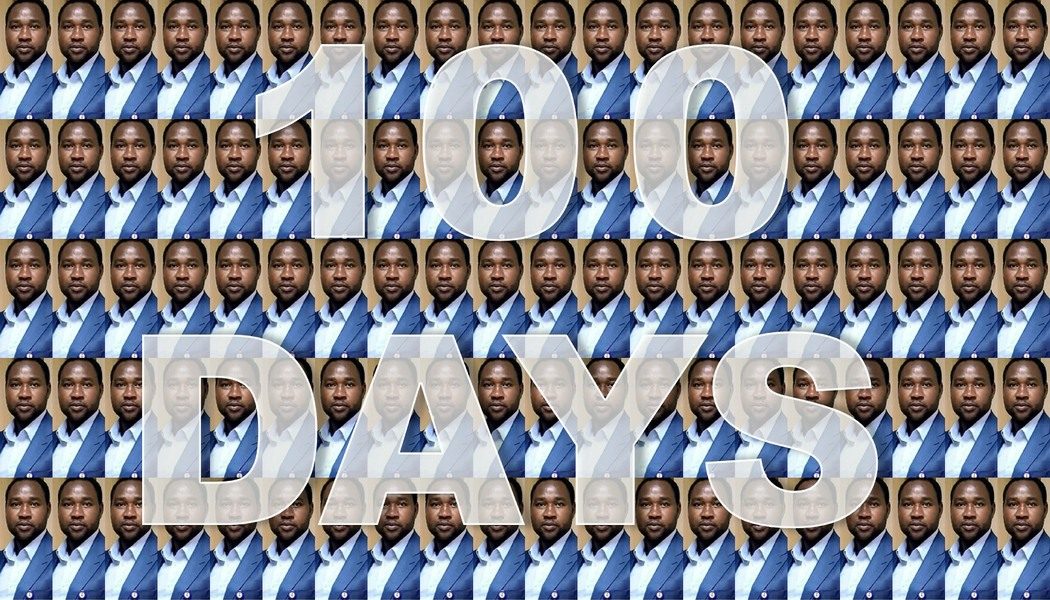 Wife of atheist detained for 100 days appeals to Nigerian Senate

Yesterday marked a milestone Mubarak Bala, an atheist has been in the custody of the police in Kano State for 100 days without access to his lawyers o

Yesterday marked a milestone Mubarak Bala, an atheist has been in the custody of the police in Kano State for 100 days without access to his lawyers or his family and without appearing in court. His whereabouts remain unknown.

After 100 days without seeing her husband and without knowing if he is alive or dead, Amina Ahmed has sent an appeal to the Nigerian Senate asking for the smallest things—to be given proof Mubarak is still alive and to be allowed to see him. In an open appeal to The Senate President, Sen. Ahmad Lawal and the Speaker of House of Representatives, Hon. Femi Gbajabiamila, she says:

“Nigerian courts have proven they cannot protect a Nigerian citizen when religious interests are set on denying him his rights. Worse than that, the delays, excuses and prevarication in bringing Mubarak to court, show the Nigerian Judicial system is thoroughly corrupt. It is a feeble puppet of religious interests, not a courageous defender of the Constitution and human rights.

“If Mubarak has done wrong, why do the authorities not bring him to court and prove their case? Perhaps the answer is simple. They have no case. They have fanatical Muslims baying for blood and they have no stomach, or no desire, to stand up for the rule law. Let’s hope the good men and women of the Senate will restore the justice perverted by the police and the courts.

The full text of the appeal is shown below. 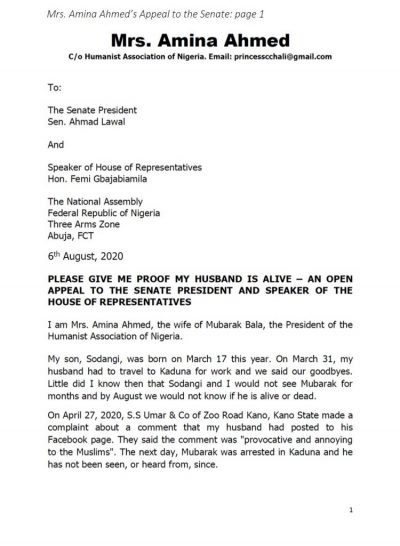 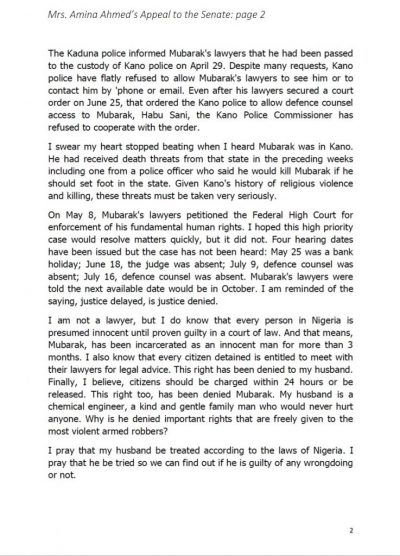 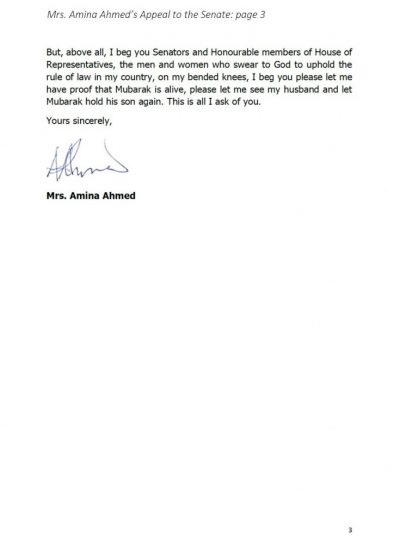