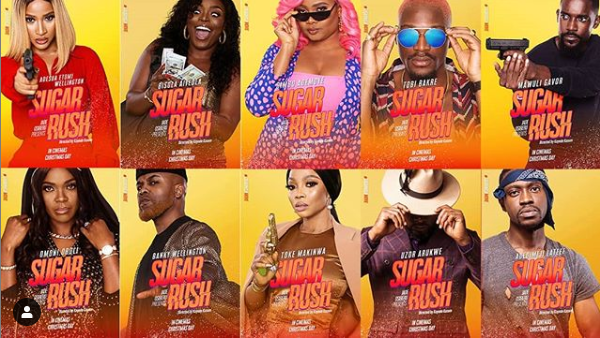 The National Film and Video Censors Board, NFVCB, has given reasons why it suspended Jade Osiberu’s comedy film, ‘Sugar Rush’ from screening in Nigeri

The National Film and Video Censors Board, NFVCB, has given reasons why it suspended Jade Osiberu’s comedy film, ‘Sugar Rush’ from screening in Nigerian cinemas.

An Executive Director of NFVCB, Adedayo Thomas, has revealed reasons why the movie was pulled from the cinems. He said the temporary approval given for the movie exhibition has expired.
“It has come to our notice that #BringBackSugarRush is currently gaining momentum on Twitter with many speculating a ban on the movie ‘Sugar Rush’ and presuming the supposed action as a sign of government’s intention to stifle creativity,” his statement read.

“The movie has not just significantly increased box office revenues within a short period but has improved our cinematic culture which is the sine qua non for attracting the investment we so much desire as a nation.”

He also took the blame for delaying the final approval of the movie.
“I, however, take responsibility for the gap in communication and the delay in granting final approval as the temporary approval given for the movie exhibition expired before we could release an official statement due to my preoccupation with extant responsibilities and a backlog of movies requiring approval as a result of the December rush.

“I am currently working with the distributor, producer, director and key actors to grant final approval for the resumed exhibition at cinemas,” he said.

Osiberu, the crew and other Nigerians have taken to social media with the hashtag #BringSugarRushMovieBack to ask that the movie be brought back.

The film which reportedly grossed about N160m since its release on December 25, 2019, was directed by Kayode Kasum and had a massive social media campaign spearheaded by Banky W and his wife, Adesua.

The movie tells the story of the Sugar sisters who discover $800,000. The financial crimes commission and the supposed owners of the money come for them but the money was lost. Now to save themselves, and get back their abducted mother they team up with two crime agents to re-steal the money from an affluent but dangerous man with supernatural powers.