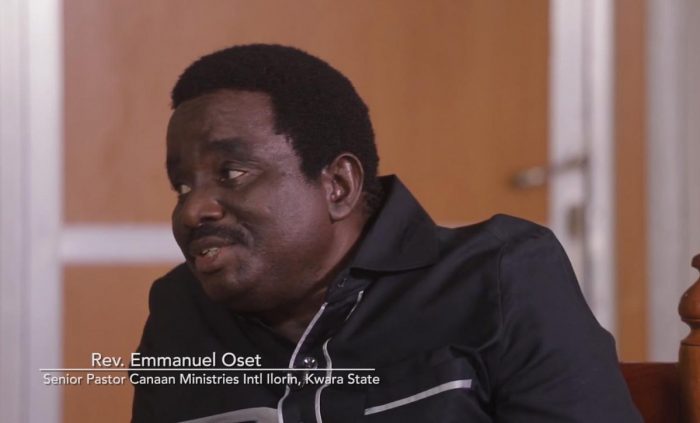 Why I stopped being Fatoyinbo‘s spiritual father – Rev. Oset

Two former mentors of Biodun Fatoyinbo of Common Wealth Of Zion Assembly, Rev Emmanuel Oset and Pastor Busola Olotu have spoken out weeks after Busola Dakolo made allegations of rape against him. In a recent interview with Arise TV, Pastor Busola Olotu said she was first made aware of the alleged rape incident in 2011 when Busola’s elder sister told her about it.

Olotu said that from her interaction with Busola and the fact that three other women had made similar allegations against him, she knew that the allegations were true.
“I have known Fatoyinbo and his wife for many years and I was like a spiritual mentor to him while he was in Ilorin.  In 2011, Funmi Ayeni, my spiritual daughter told me that her younger sister, Busola, was raped by Fatoyinbo.

I was shocked because I could not reconcile the allegations to the person I knew. But when I spoke to Busola on phone, I could feel her pain and trauma and I knew she was speaking the truth. Sometime after that, I had a dream and I saw Fatoyinbo in that dream in bed with a woman who was not his wife and I confronted him in the dream and he told me that God’s grace was protecting him.

After that, I went to meet his father in the Lord, Rev Oset, and told him about my dream and he said did it mean that Biodun hadn’t stopped what he was doing? It was then I knew that he had done similar things in the past,” Olotu said.

Also, in the interview, Reverend Emmanuel Oset confirmed that after Fatonyibo started his church, he reached out to him to pray for him and he became his spiritual father but said he had to end their relationship after allegations of adultery were levelled against him (Fatonyinbo) in 2013 by Ese Walters.

“I had been Fatonyibo’s spiritual mentor for years and have had to wade in when similar allegations were made against him. I investigated and the evidence against him was overwhelming but at the end, he promised that he would change. I had to cut off from him after a member of his church accused him in 2013 of having an extra marital affair. I had to write him a letter telling him that I was no longer interested in being his mentor,” Oset said.