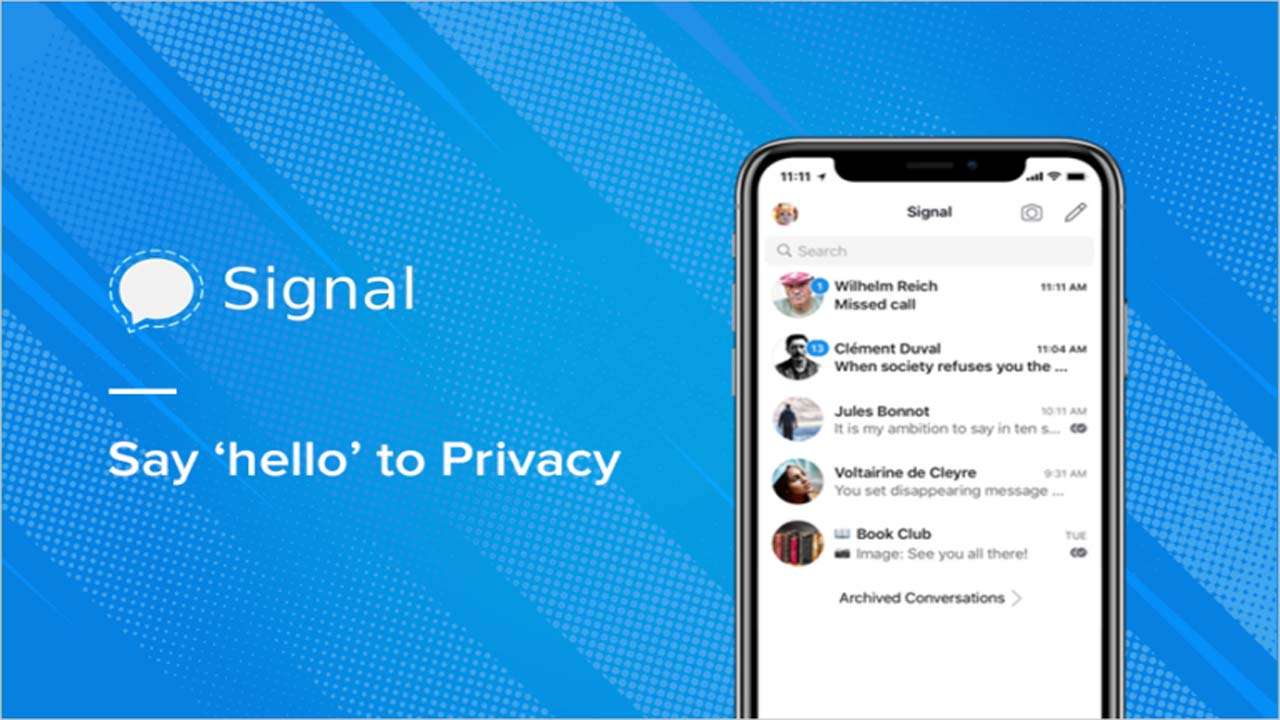 Earlier this week, WhatsApp started rolling out in-app notifications to Android and iOS users revealing an update in its terms of service and privacy

The notification informed users of an update in the way user data is handled by the platform, how businesses can use Facebook hosted services to store and manage, and the company partners with Facebook to offer integrations across the Facebook Company Product. It further alerted users that they need to agree to the new terms and policy by 8 February 2021 in order to continue using the application.

Since the update, there has been a lot of conversation on whether to continue with the app or to get off it and make use of some other alternatives  with a more secure privacy policy. Some of these alternatives are Telegram and Signal. And one alternative that has remained a constant on user’s lips is Signal.

Even Twitter founder, Jack Dorsey is rooting for Signal and the world’s wealthiest man, Elon Musk is asking people to leave WhatsApp and urging them to use Signal.

So what is Signal you may ask and how does it work?

Signal is a free, privacy-focused messaging and voice talk app you can use on Apple and Android smartphones and via desktop. All you need is a phone number to join. You can text or make voice or video calls with friends, either one-on-one or in groups, and use emoji reactions or stickers just like in other apps. But there’s one big difference: Signal is actually really secure and private.

Communications on Signal are end-to-end encrypted, which means only the people in messages can see the content of those messages — not even the company itself. Even sticker packs get their own special encryption.

Signal created the encryption protocol that other companies including use. Plainly put, it is the gold standard of privacy and that privacy goes beyond the fact that the content of your messages is encrypted. You can set messages to disappear after certain customizable time frames.

Plus, Signal collects virtually no data on its users. The only information you give the app is your phone number, and the company is working on a way to decouple that from using Signal by making encrypted contact servers. If the police come knocking to Signal for data on its users, it says, truthfully, that it has no data to hand over.

Part of the reason it collects no data is because Signal is a non-profit organization, not a for-profit company. It has no advertising, so no incentive to track users. Instead, it’s funded by grants and private investors — one of whom had a huge personal interest in making a privacy-oriented platform.

Created in 2013 by a small group of privacy activists, Signal has grown in recent years. In 2018, WhatsApp founder, Brian Acton donated $50 million to create the Signal Foundation, which now runs Signal. Acton got on board with the mission to make a truly private messaging service after Facebook acquired WhatsApp and Acton reportedly left the company amid clashes with Facebook over how it was eroding WhatsApp’s privacy.

This is where Signal stands out. It does not moderate content either, but it limits groups to 1,000, and is more about communicating with people who are actual contacts than joining groups of strangers like on WhatsApp and Telegram.

You can find Signal in Apple’s App Store or in the Google Play store.