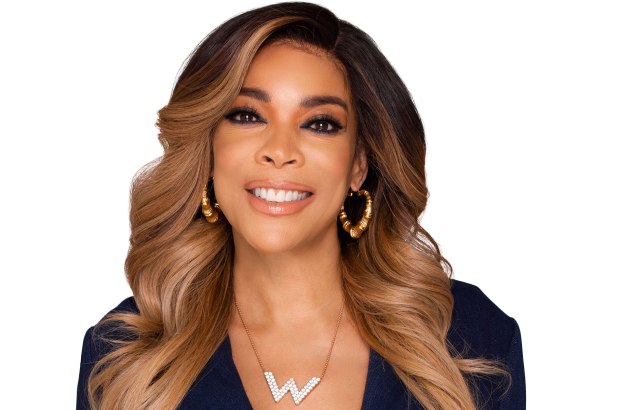 Weeks after she was spotted out and about with a much younger man, 27 year old Marc Tomblin who is a convicted felon, talk show host, Wendy Williams h

Weeks after she was spotted out and about with a much younger man, 27 year old Marc Tomblin who is a convicted felon, talk show host, Wendy Williams has revealed that she is into older men and not ‘children’.

The 54-year-old media personality who recently divorced her husband of 22 years, Kevin Hunter, says she is “not on the market”. Se revealed on her talk show that she is dating a doctor who she says she is crazy about. She told her audience that he’s a muscular man of colour and in his 50s.

“I’m not on the market anymore… I’m not in love, but there’s someone I’m crazy about! Listen, it’s not who you think! Mama doesn’t deal with children. It just so happens, with my charm and whit, that I attract people of all ages,” she said.

“27-year-old boys, quite frankly, find me attractive. I get it, but when it comes time for the comfort of a man, I need an older man, someone in his 50s, too, and he’s gotta work. And, it doesn’t’ hurt that he’s a doctor. Yes, he’s brown-black and, you know, when you’re 50, you can sometimes let it all go. I am not going to say one more word. You’re not going to blow this for me.”

The acclaimed talk show host had called it quits with Hunter, with whom she has a child, and filed for divorce in April after he allegedly fathered a child with Sharina Hudson, a friend of his.