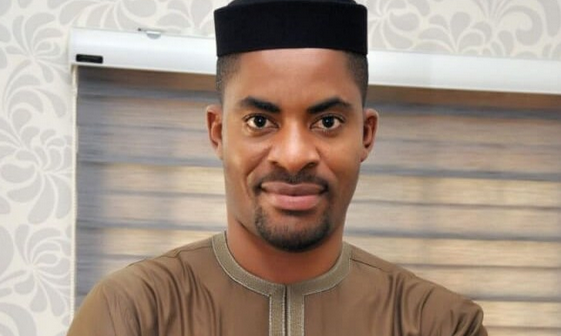 Convener of a coalition of civil society groups under the aegis of Concerned Nigerians, Deji Adeyanju has claimed that the group was offered N1m by go

Buhari is deceiving Tinubu – Adebanjo
How I squandered over $300m on jewellery, prostitutes – Mike Tyson
Why we arrested 140 northerners coming into Lagos — Police

Convener of a coalition of civil society groups under the aegis of Concerned Nigerians, Deji Adeyanju has claimed that the group was offered N1m by government sympathizers not to hold today’s sit out against the continued detention of Omoyele Sowore, Punch reports. He spoke at the ongoing protest metres away from the DSS Headquarters at Aso Drive.

The protesters are currently conducting their protest peacefully under the watchful eyes of DSS operatives and soldiers from the nearby Guards Brigade.

The protest comes days after the DSS failed to comply with a Federal High Court’s order for their release, following a bail application. The anti-graft agency had claimed that it was yet to receive the order as at Friday November 8.

The Public Relations Officer of the Service, Dr Peter Afunanya however, later confirmed that they had been served the bail order, but were yet to release the accused because nobody turned up to receive them. But contrary to the claims of the DSS, counsel to Sowore, Mr Femi Falana, noted that they deliberately refused to release his clients despite lawyers waiting at the agency’s headquarters for up to four hours on Friday.

He, thereafter, stated that two lawyers from his law firm had been directed to contact the management of the DSS for the release of their clients by 10:00 am on Saturday (November 9). They were, however, still not released to the lawyers.