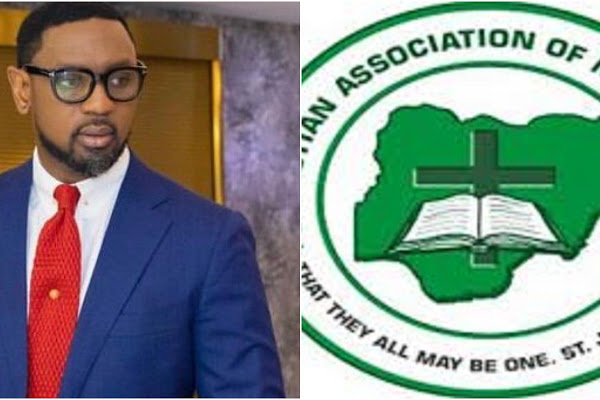 We are in support of Biodun Fatoyinbo – CAN on alleged rape

Barely two weeks after the Christian Association of Nigeria first said, it wasn’t in its place to dabble into the rape allegation made against the fou

Pastor Adeboye kisses, lauds wife at book presentation
CAN queries non prosecution of herdsmen
You can’t choose or change your gender – The Vatican

Barely two weeks after the Christian Association of Nigeria first said, it wasn’t in its place to dabble into the rape allegation made against the founder of the Commonwealth of Zion Assembly, Biodun Fatoyinbo by Busola Dakolo, wife of singer, Timi Dakolo and later making a U-turn to say that justice must prevail, CAN has now said that it stands with Fatoyinbo who leads churches in Abuja, Lagos, Ilorin, Port Harcourt and Dubai.

While Biodun Fatoyinbo has since denied the allegations and proceeded on a leave of absence, CAN officials visited the church during its Sunday service declaring their support for the embattled pastor. The Chairman of the Federal Capital Territory of CAN, Rev. Jonah Samson, and the Chairman of the North Central Zone of CAN, Rev. Israel Akanji, who both addressed the congregation to loud cheers, said the association stands with COZA and its pastor.

Samson said, “It’s a pleasure being here and I assure you that we are with you and we will continue to be with you. We are in support of the church. We are in support of your pastor. We stand by him and this church will continue to march forward. I say and I declare, the gates of hell shall not prevail in any church in the mighty name of Jesus. Amen.”

Akanji, in his address, noted that he had an obligation to show his support for Fatoyinbo. He said, “I could have been living in Nasarawa State, Benue, Kwara, Kogi, Niger or Plateau. I could have been chairman living in any of those places, but by God’s mercy, I am presently living in Abuja. How can I and then the FCT (CAN) chairman hear that one church that God has a plan and purpose for is going through this Jerusalem-Jericho road and then we will walk and walk away? We will not do such a thing. We are here to just let you know, as he said, we are with you in prayer.

“The Lord will bring you out even stronger. Our pastor here, by the grace of God, will continue to be the voice of God to proclaim (to) the whole nations of the world the mysteries of Jesus Christ. So, we pray that the Lord will stand by you and we want you to know that you are not alone. You have many brothers and sisters that are praying for you.”