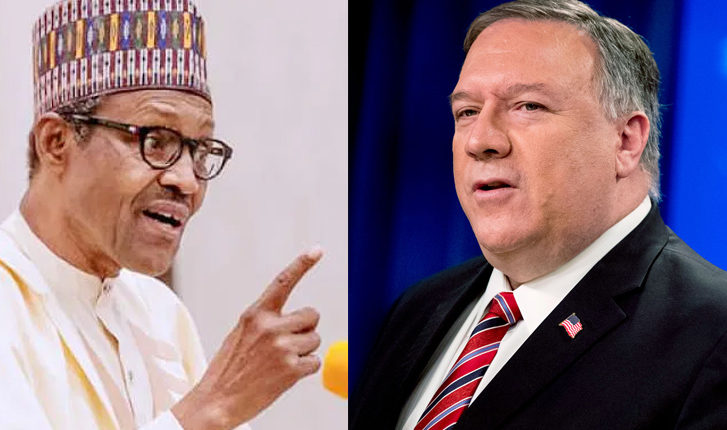 The Federal Government has frowned on the visa ban statements issued by the United States and the United Kingdom on the governorship elections holding in Edo State on Saturday (today) and Ondo State on October 10, 2020.

It also expressed concern over the visa restrictions imposed by the US on unnamed politicians for their alleged involvement in electoral violence during the Kogi and Bayelsa states’ governorship polls.

Both the US and UK had vowed to impose sanctions on anyone who perpetrated violence during the Edo and Ondo elections, including imposing visa restrictions and blocking them from accessing their assets and prosecuting them under international law.

But reacting to the comments of its western allies on Friday, the Ministry of Foreign Affairs in a statement, said it had taken note of their concerns regarding the elections in Edo and Ondo.

The government explained that President Muhammadu Buhari, has continually urged all parties and contestants to peacefully conduct themselves before, during and after the elections.

The statement signed by the ministry’s spokesman, Ferdinand Nwonye, added that Buhari also supported patriotic non-governmental initiatives such as the Abdusalami Abubakar Peace Committee. Furthermore, it explained that there were ample provisions in the nation’s laws to sanction violators and perpetrators of electoral violence and fraud.

However, it admonished the UK and US to cooperate with relevant agencies by providing them with concrete evidence of observed misconduct “to allow our laws and regulations to take their course”.

The statement added, “It would be considered disrespectful of the sovereignty of Nigeria for any outside authority to sit in judgment over the conduct of our citizens and apply punitive measures such as visa restriction, unilaterally.”

The FG further highlighted that the responsibility for the conduct of elections in Nigeria solely resides with the Independent National Electoral Commission and state independent electoral commissions.
“The Federal Government, and especially the President, is committed to providing all necessary logistics, financial and security support to the electoral process.

“While we appreciate the support and encouragement of our international partners such as the European Union, we urge our equally valued partners such as the UK and US to cooperate with our relevant agencies by providing them with whatever concrete evidence of observed misconduct to allow our laws and regulations to take their course,” the government stated.

Finally, the government expressed solidarity with the American government and people as regards their forthcoming election “which we hope will be free from interference and violence”.