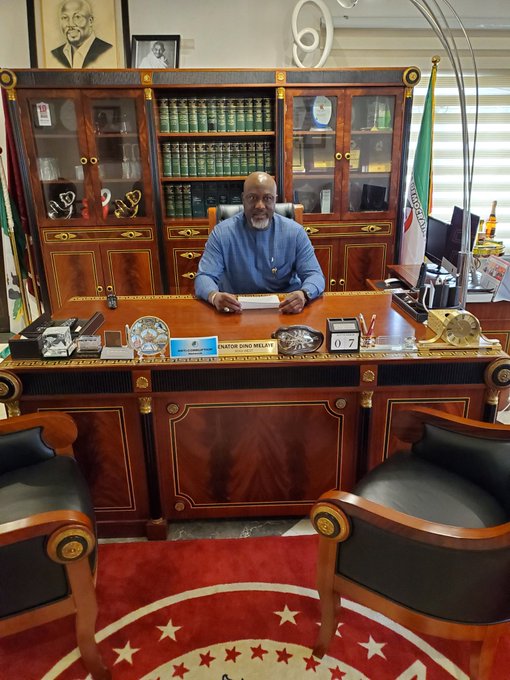 VIDEO: Melaye shows off luxury collection of 200 cufflinks, wristwatches, others

Dino Melaye, a former senator representing Kogi west, has again flaunted his luxury acquisitions during a tour of his Abuja home with Dele Momodu, a p

Dino Melaye, a former senator representing Kogi west, has again flaunted his luxury acquisitions during a tour of his Abuja home with Dele Momodu, a popular media personality. In a now-viral video, the politician could be seen showing Momodu his luxury collection while also providing short explanation on some of the items.

The items shown in the video include artworks of prominent figures across the globe including Julius Caesar, Fela Anikulapo-Kuti, and a “Chinese general.” Others include 200 cufflinks and wristwatches, shoes, perfumes as well as architectural designs in the house.

The video comes months after the ex-senator lamented his rising heavy bills while flaunting another of his expensive apartment believed to be outside the country.
“Help me carry it, help me carry it. My financial obligations have increased, my mouth has both widened. My God, help me carry it,” Melaye had said in Yoruba.

This was unplanned but the reporter in me could not have missed such a massive story in the home of SENATOR DINO MELAYE a man whose respect for me is beyond imagination. This is what my boss MIKE AWOYINFA would have called a WORLD EXCLUSIVE in our days at WEEKEND CONCORD…