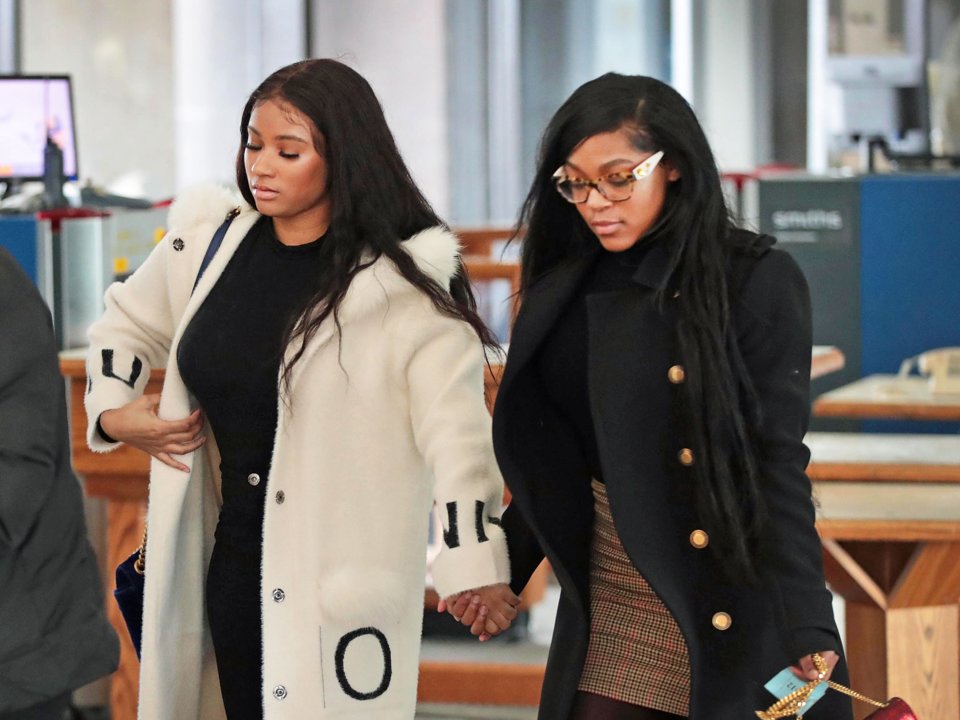 Despite the sexual abuse allegations against R Kelly, two ladies, Azriel Clary and Joycelyn Savage who live with the 52 year old consider themselves h

Despite the sexual abuse allegations against R Kelly, two ladies, Azriel Clary and Joycelyn Savage who live with the 52 year old consider themselves his girlfriends and say that they are in love with him. However, their parents claim that their daughters have been brainwashed by him and that they are a part of an alleged sexual cult.

Kelly previously claimed that both sets of parents “handed” their daughters over to him. The R&B singer said he met Savage when her father brought the the 19-year-old to one of his concerts. As for Clary, Kelly said they met at one of his concerts when she was 17.

In an interview with Gayle King, 21-year-old Clary claimed that her parents encouraged her to pretend to be older when she first met Kelly.
“When I first met Robert my parents told me to lie about my age. So, when I met him, he thought that I was 18. On top of that, when I was 17, my parents were actually making me, trying to get me to take photos with him, take sexual videos with him. All kinds of stuff… They said [it was] because if they ever have to blackmail him — what they’re trying to do now — they can use it against him, which is exactly what they’re doing.”

Clary also denied that she had sex with Kelly when she was 17 — something Kelly also said he did not do, although her parents wanted him to.
“I’m crying because you guys don’t know the truth. You guys are believe some f**king facade that our parents are saying,” Clary said through tears. “This is all f**king lies for money and if you can’t see that you’re ignorant and you’re stupid as f**k because you want to be. All because that’s the world we live in. Negativity sells. Gossip is what sells. Rumors are what sell. We’re not here to talk about decades. We’re here to talk about what our parents are doing right now. And what they’re doing right now is all for money.”

Clary who said that her parents have visited her in Chicago and know that she is being well taken care of but claimed her father is a manipulative liar.
“He’s the manipulator. He’s very manipulative. So, he’s the one you need to watch out for. My dad and my mom, they’re starting to send threats to both me and him. They said, ‘Oh I’ll put all your naked pictures all over the world. I’m going to ruin you. I’m going to ruin him. If he doesn’t send $20,000 to this bank account by Monday I’m going to put everything out there and then $10,000 after that.’ You’re trying to solicit me like I’m some f**king h*. I’m not. I’m your child.”

Clary’s parents, Alice and Angelo Clary, however sent out a statement via their attorney, Michael Avenatti alleging that their daughter has “suffered severe mental abuse” and called Kelly a “liar, a manipulator and sociopath.”

23 year old Joycelyn Savage agreed with everything Clary said to be true.
“Our parents are basically out here just to get money and scam because they didn’t agree on what happened… and they’re just very upset,” Savage said.

In an audio recording obtained by ET, Savage told her parents that she is not being held hostage.
“I have told you guys a million, million times that I am OK where I am and I’m happy, so I just really want to let you know that. You just need to stop it. Like I said millions of times mom, I’m not held hostage,” Savage says in the recording.