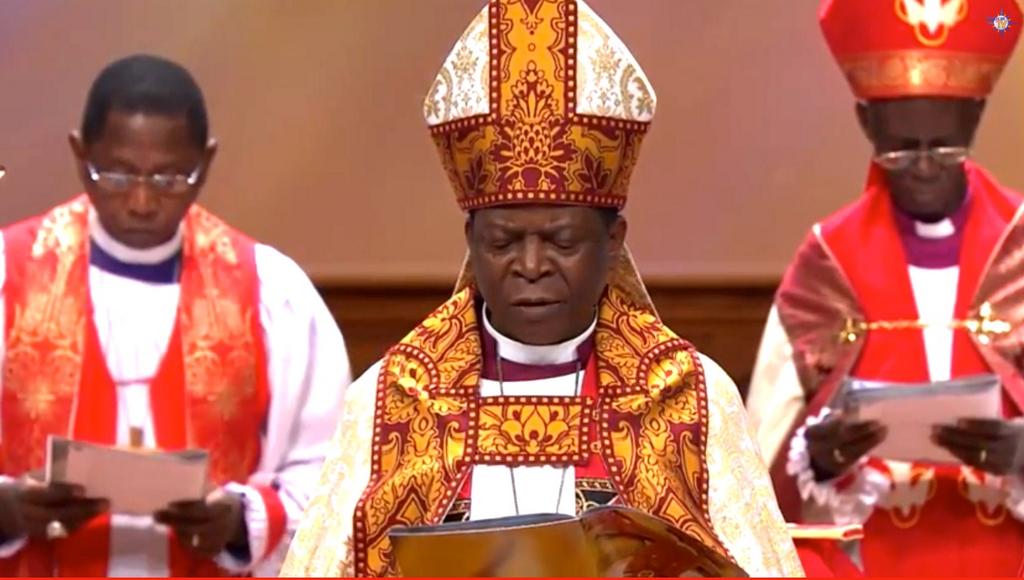 Recently retired archbishop and Anglican Primate, Nicholas Okoh has said that the UK and the US are trying to adulterate the Bible with same-sex marri

Recently retired archbishop and Anglican Primate, Nicholas Okoh has said that the UK and the US are trying to adulterate the Bible with same-sex marriage. Throughout his time as primate, Okoh has been relentlessly anti-LGBT and shows no sign of stopping after his retirement this month.

Speaking to Anglican bishops from across Nigeria at the newly constructed Bishops Court at the All Saints Cathedral, the Anglican Primate said that the UK and America were trying to force same-sex marriage on Christians around the world to “destroy” doctrine and “adulterate” the Bible.

He added: “If your priest is practising evil or keeping an evil alliance, and you know, raise your hand, be a whistle-blower so they won’t undermine our church. If they do, it will be difficult to rescue. If we all become homosexuals, who will give birth to who? God who created this world did it the excellent way, let no man tamper with it.”

The former primate of all Nigeria has consistently opposed LGBT+ rights, and in 2018 he said that homosexuality is “veritably poisoning” Nigerian society.
Homosexuality hinders the progress of a nation and such ungodly images should never be shown in Nigeria… Anti-social behaviours that used to be tackled are no longer tackled all because of modernisation; essentially, people are destroying themselves.”

In 2010, Okoh said that Nigeria was at risk from an “invading army of homosexuality, lesbianism and bisexual lifestyle”.

Homosexuality remains a crime in Nigeria where the two major religions – Christianity and Islam – consider it a taboo.