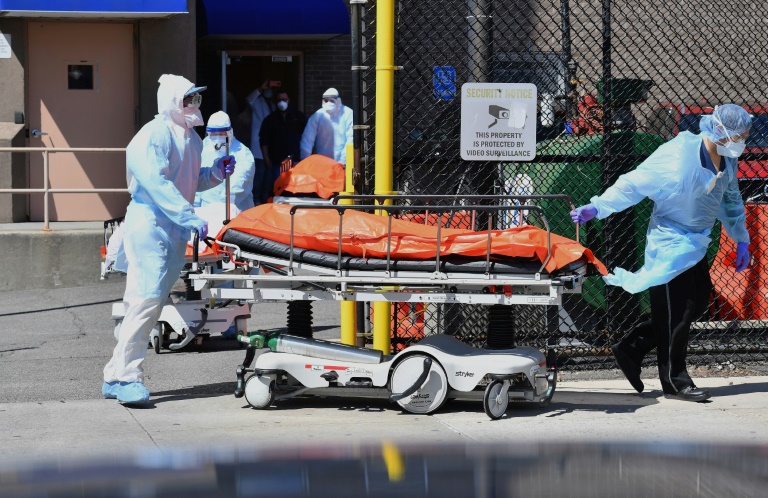 The United States have recorded 1,169 COVID-19 deaths in a single day, the Johns Hopkins University tracker showed Thursday, the highest one-day death toll recorded in any country since the global pandemic began.

The toll reflects figures between 8:30pm Wednesday (0030 GMT) and the same time Thursday.  The grim record was previously held by Italy, where 969 people died on March 27. The US has now recorded around 6000 deaths since the pandemic began.

US President Donald Trump’s administration appeared to join local officials on Thursday in advising Americans to wear masks when venturing out during the still-exploding coronavirus pandemic. Deborah Birx, a member of Trump’s coronavirus task force, however cautioned that Americans, who have been admonished to stay at home except for essential outings, should not develop a “false sense of security” that they are fully protected from the respiratory illness by wearing a mask.

Meanwhile, global cases have surpassed 1 million on Thursday with more than 52,000 deaths, according to a Reuters tally based on country by country data.

An emergency stockpile of medical equipment maintained by the US government has nearly run out of protective garb for doctors and nurses. In New York City, where at least 1,400 people have been killed by the virus, hospitals and morgues struggle to treat the desperately ill and bury the dead.

New York City funeral homes and cemetery directors described a surge in demand not seen in decades as cases surpassed 50,000 in the city. Crematories extended their hours and burned bodies into the night, with corpses piling up so quickly that city officials were looking elsewhere in the state for temporary interment sites.