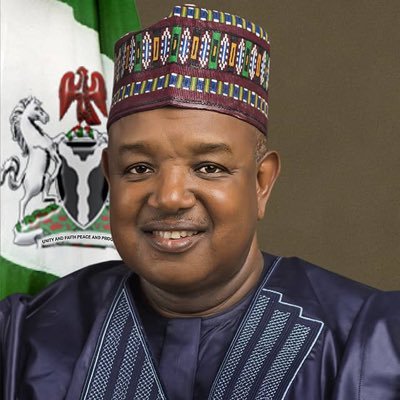 The federal government is reportedly planning to hand about $100 million out of the recovered Abacha loot to Abubakar Bagudu, governor of Kebbi state.

The federal government is reportedly planning to hand about $100 million out of the recovered Abacha loot to Abubakar Bagudu, governor of Kebbi state. The move is said to be part of a 17-year-old agreement signed by the administration of former President Olusegun Obasanjo, that allows Bagudu ownership of some of the funds recovered from Abacha, according to Bloomberg.

Kebbi governor, Bagudu, who chairs the forum of governors under the All Progressives Congress (APC), is a known associate of the late Sani Abacha. The governor has been linked to some of the monies reportedly stolen by Abacha, including the $300, recently recovered from the former leader and the over $177 million the US Department of Justice (DOJ) named as a beneficiary.

Bloomberg cited court documents before the district court of Columbia where the Nigerian government said the agreement also prevents the country from assisting the US in investigating Bagudu. However, the United States through the DOJ is said to have opposed the terms, particularly the government’s plan to hand the money to the governor despite his indictment on the looted funds.

It is also feared that the disagreement between the two countries may hamper future cooperation in efforts to recover funds stolen by Abacha. The contract, approved by a UK-court, is also said to have cleared Bagudu of all outstanding civil and criminal claims against him after he returned $163 million said to be laundered money to the Nigerian treasury.

“After Bagudu successfully sued Nigeria for violating the 2003 settlement, Buhari’s administration reached a new agreement with him in October 2018, according to the court filings. That would result in the transfer of ownership of the investment portfolios, worth 141 million euros ($155 million) to the Nigerian state, which would then pay 98.5 million euros to Bagudu and his affiliates, according to (District Judge John D.) Bates’ Dec. 23 opinion.,” Bloomberg reported.

Transparency International estimates Abacha might have looted as much as $5 billion during his regime from 1993 to 1998. About $3.6 billion has so far been recovered out of that money. Abubakar Malami, minister of justice and attorney-general of the federation, has been overseeing the recovery of the looted funds on behalf of Nigeria.