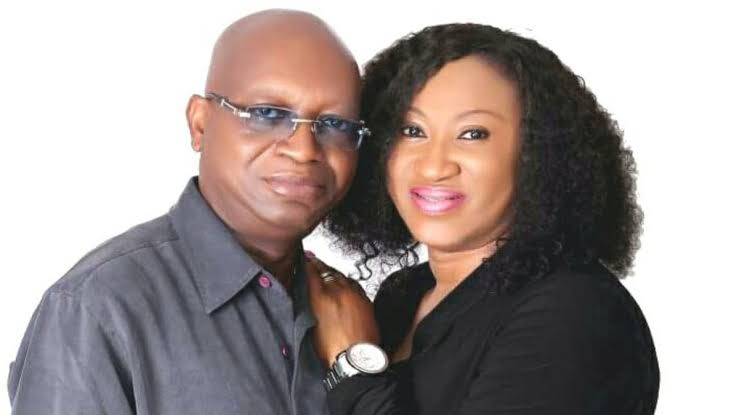 A United States-based lawyer has accused her estranged husband, Adetokunbo Daramola, of plans to illegally acquire their jointly-owned property in

A United States-based lawyer has accused her estranged husband, Adetokunbo Daramola, of plans to illegally acquire their jointly-owned property in Lagos and also marry his side chick.

The property in question is a twin duplex at Magodo, Lagos.The matter was taken before the Divisional Police Officer of Isheri police station where the woman, a 57 year old  lawyer, Katherine Daramola, and her husband’s mistress, Abisoye got into exchange of words via a leaked footage.Katherine accused her estranged husband Adetokunbo Daramola of abandoning her and their four children in the United States and returning to Nigeria where he got his mistress to start living with him in her house.

She further accused her husband, a businessman who executes contracts for the Lagos Inland Revenue Service (LIRS), and his side chick of conniving to illegally acquire their jointly-owned property in Lagos.
“We got two plots of land at Magodo but we were not able to build on both plots, so we got a developer who paid N10 million on an agreement that he would take two duplexes and the family the other two duplexes,” said Mrs Daramola, according to the publication.
“We built two duplexes and the Certificate of Occupancy (C of O) has my name (on it).”
Mrs Daramola said she contributed 75 per cent of the money spent on building the house and furnished most parts of their home.
She alleged that, unknown to her, her husband, while in Nigeria, began an affair with another married woman. Upon completion and furnishing of their home, her husband and his mistress moved into the house, she added.
She also accused him of having an “illicit and adulterous” relationship with a woman whose husband was in the United Kingdom.
Mrs Daramola said she visited Nigeria in May 2019 unannounced only to find female items all over their home. She said her husband denied knowing the owner of the items.
She said by her next visit to Nigeria, the locks to the house had been changed by her husband’s side chick. She accused the woman of planning to take over the house with her mother.
She said she hired a lawyer in Nigeria and began filing legal notices against them, but they have since been evading court service.
“What Mr Daramola is exhibiting is the current trend of Nigerian men in the diaspora who walk away from long term marriages and children and subject wives to mortgages while they come to Nigeria and live with other women,” she said.
“Olatokunbo needs to the needful and give me my property. He wants to continue staying over at the house. I spent my whole life savings, I spent over $53,000 furnishing the house.”
Watch video by clicking on link below
https://web.facebook.com/profile.php?id=1110061537

Mr Daramola and his side chick, Abisoye
Society 343 Daramola 1 DPO 1 Side Chick 1