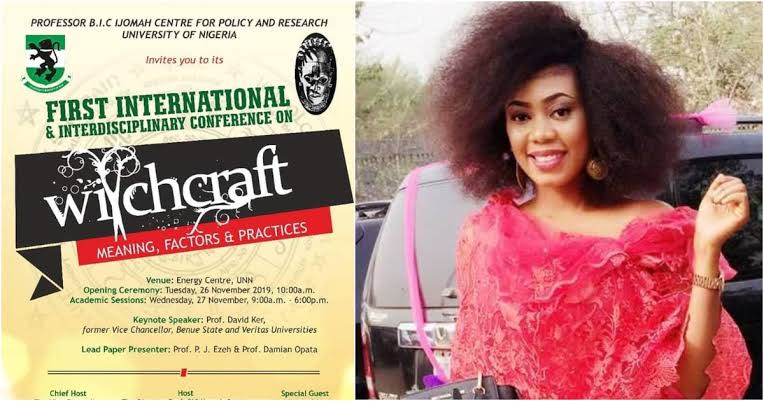 UNN to host conference on witchcraft as lady kick against it

The University of Nigeria (UNN), Nsukka, Enugu state, will host a conference on witchcraft between November 26 and November 27. The conference, which

The University of Nigeria (UNN), Nsukka, Enugu state, will host a conference on witchcraft between November 26 and November 27. The conference, which has the theme “Witchcraft: Meaning, factors and practices”, is convened by the Professor B.I.C Ijomah Centre for Policy and Research in UNN.

A notice of the event listed David Ker, a former vice-chancellor of Benue State University, as the keynote speaker. It also said Charles Igwe, UNN vice-chancellor, is the chief host, while Egodi Uchendu, director, B.I.C Ijomah centre for policy and research, is the host.

The Merriam Webster Dictionary described witchcraft as the use of sorcery or magic.

Meanwhile a lady has called out UNN for allegedly planning an academic exercise on witchcraft practices. The lady identified as Maudlyn Adaeze Ekwueme noted that to know about witchcraft means the person is a witch. The lady took to her Facebook page to condemn the exercise, stating that she would speak against it.

According to her, the professor who plans to hold the conference wants to sound enlightened by carrying a satanic agenda to blindfold others. She expressed that they should instead research on masquerades and shrines instead of doing one on witches. The lady, called on God to put a stop to the research adding that Idahosa’s anointing is needed for this generation.